The Costa Rican Times has decided to add a column where both our readers as well as our staff can share stories about living in Costa Rica. If you go outside your house, apartment, or condo in Costa Rica, things will happen to you each and everyday that will both annoy you and have you say in your mind “Are you kidding me?”. This happens in your day to day activities each day if you are living in Costa Rica. Read and share your stories today! (Submission info is at the bottom of each article in this section)

For the first part of this series we approached the 7th commandment, thou shalt not commit adultery. If you would like to read it click the link found here. Then we conquered the 8th commandment, thou shall not steal. Click here for that link. We are going to be approaching the 9th commandment today, thou shalt not lie. This is the final part of this series.  It is not to speak bad about Costa Rica it is to warn others things to be aware of when in Costa Rica to make sure you are not taken advantage of in this country.

Commandment 9 – Thou Shalt Not Lie 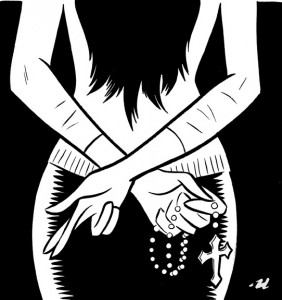 After living in Costa Rica for a while you will see that much of the time the things you hear are absolutely false.  This ranges from getting directions, business deals, employees, and people you meet or date.  Again this is for both Gringos and Ticos.

I would say that 70% of the people I met in Costa Rica were almost completely full if crap.  The worst thing is the lies told did not even need to be told.  You have gringos that their entire life were considered complete jerk offs in the USA that would try to reinvent themselves in Costa Rica, in a way making up a resume that never happened.  They come down here with a few dollars or make some bank down here through scams and false business deals knowing that with a little bit of cash they can almost get away with anything.  If they went to The University of Alabama, they will say they went to MIT for no reason what so ever.  Most have been telling the lies so long that they themselves believe them. Most of the gringos telling lies are doing so to cover up a shady past or to try to portray themselves as more important than they actually are.

Ticos usually lie for 2 main reasons. The first is to save face.  If you ask someone for directions in Costa Rica even if they do not know them they will tell you something and in most cases they are completely wrong.  If you want good directions ask a taxi driver.  This also applies to employees.  You can ask a Costa Rican employee if he or she has done something and they will almost always say yes.  Almost always this is not true.  Instead of admitting that they have not something, they would rather tell you they have and that they will get it to you shortly.  It is not until 6 days later that you find out they did not do it and they did not understand the task.

The second reason is to avoid confrontation.  However, this does not in most cases as they get caught in their lies down the road.  You can see this portrayed very well in Costa Rican government.  If someone gets caught doing something 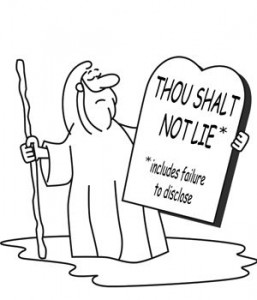 corrupt, they will first deny it and hope it goes away.  If the problem consists and it is obvious that they are going to be questioned again for something they did wrong they will then just resign.  Most times the only time a Tico guy will have balls is when they are drunk or with 6 friends.  Normally Tico guys have absolutely no desire or will to stand up for themselves.

I know that this is not how you should have to go through life, but when speaking to someone in Costa Rica, you should assume that what they are saying is not true.  I am a very trusting person but after being burned several times in Costa Rica and continually catching people in lies that they have said I approached every conversation as false until proven true. It is the only way to protect yourself from disappointment and frustration.

There are a few ways to make your life easier and to deal with this problem in Costa Rica:

The Costa Rican Times is not saying with this group of articles that this applies to everyone in Costa Rica, it is just very commonplace and people need to protect themselves and not be naïve.  There are good and bad people around the world and many people that are willing to take advantage of you.  Just be careful who you interact with and if you do not feel comfortable with a person there is probably a reason.