Lithuania and the Lilliputians

Minus the threat of nuclear war (though both America and Russia are still armed to the teeth with the damn things), the stale rehash of the Cold War calculus elicits universal yawns. You could almost hear the sighs of relief when the Malaysian airliner mystery shoved the mock superpower showdown off the airwaves. 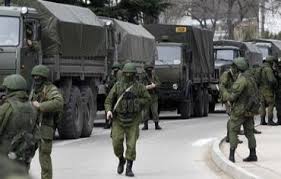 One of the reasons given for why ‘we’ need to ‘stand up to Russia’ in Ukraine is because “the United Nations could revert to Cold War gridlock.” Yes, Syria’s hundreds of thousands of non-combatants killed and wounded, and millions of desperate refugees attest to how well the Security Council has been performing until now.

The ‘we’ that must ‘stand up to Russia’ is variously implied to mean the USA, the Transatlantic Allayance (sic), and humanity’s trusty friend, The International Community. In everything I’ve read and heard about the crisis in Ukraine, I haven’t heard one commentator come close to speaking the truth. Which is, the international order the West is hell-bent on preserving no longer exists.

So let’s get real. Besides the beleaguered Ukrainians, no one, except increasingly irrelevant leaders of nation-states, and pundits stuck in an antediluvian mindset, gives a damn whether Russia annexed Crimea.

‘International law,’ a phrase that’s passed Barack Obama and John Kerry’s lips dozens of times in recent weeks, is a fiction and a farce. And the ‘international order’ (whether post-World War II or post-Cold War) no longer exists.

Indeed, the vaunted international order that America’s hollow leadership is accusing Russia of upsetting has always been a show, a diplomatic dance on a temporary stage. Fewer and fewer people are paying any attention.

For the last quarter century the United States beat its chest like the biggest gorilla in the jungle, calling itself ‘the sole remaining superpower.’ If that wasn’t thick enough, we kept poking our finger in Russia’s eye with NATO expansion. Ukraine is where the autocrat Putin drew the line.

Ukraine has been a basket case since the Soviet Union broke into pieces. Not that it was much better off before. But Kiev kleptocrats made Moscow’s oligarchs look clean.

Ukrainians, as people everywhere, want a better life for themselves and a better future for their children. The dividing line and false choice is between foolishly looking toward a morally bankrupt and economically moribund West, and the nationalism of Russian speakers everywhere, inflamed by a quarter century of real and perceived humiliation.

Having risked everything (not just financially, but emotionally and spiritually) to help build an 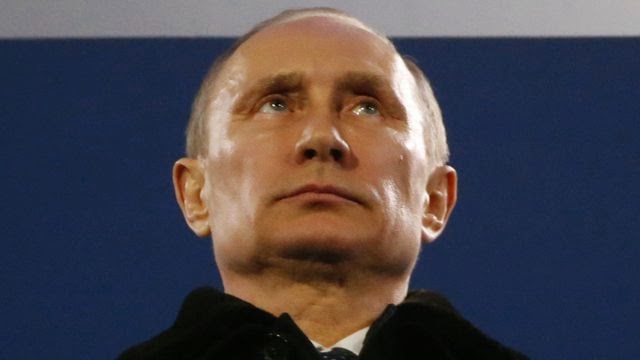 ecologically and ethically sound market when the opportunity existed 25 years ago, I’m certain we could have worked with Russians. It makes me sick to hear how much they hate Americans now, when they liked and admired us then. But I understand why, and if America’s pundits and politicians don’t at least make the attempt to understand, the situation could get much worse.

The sole remaining superpower mentality has completely crippled the United States, a crippling that begins with a failure of imagination. The fact is both the USSR and the US lost the Cold War. It just took the collapse of the Twin Towers and its aftermath for everyone with eyes in their heads to see it.

In typical American fashion, a former US ambassador to the UN, Zalmay Khalilzad, intones out of one side of his mouth, “The Security Council is a vestige that enables Russia’s continued great-power status.”

Out of the other side of his mouth, Khalilzad pronounces that “left undeterred, Russia would be emboldened to pursue absolute hegemony in the region at tremendous cost to the United Nations’ credibility and ideals.” Which is it? The United States can no longer have it both ways.

All ‘great powers’ play this game. The difference is that until now, the United States has held most of the cards in a deck that had been stacked in its favor.

The planet is burning; firing up the Cold War again is beyond inane. Sending an extra half-dozen F-15C Eagles and dozen F-16 fighter jets to Lithuania is what Lilliputians do in these circumstances. The days of nation-state standoffs and alliances are over. The United Nations is necessary but not sufficient.

Vladimir Putin, for all his tactical brilliance and strategic luck, represents the dark shadow of the past threatening the shrinking space of the present. Barack Obama, for all his rhetorical skills, is a man at the helm of a ghost ship, utterly lacking in vision.

We don’t need to think outside the box, because the box—the ‘international order’—lies in ashes all around us. We simply have to start thinking and feeling, growing in insight and imagination—and demanding that our leaders do the same.