World News – What has this world some to where an act of bravery and compassion is now punished? I look at the USA right now and from eyes looking in, I am watching a downhill spiral of hatred and trying to be politically correct. How far is too far? 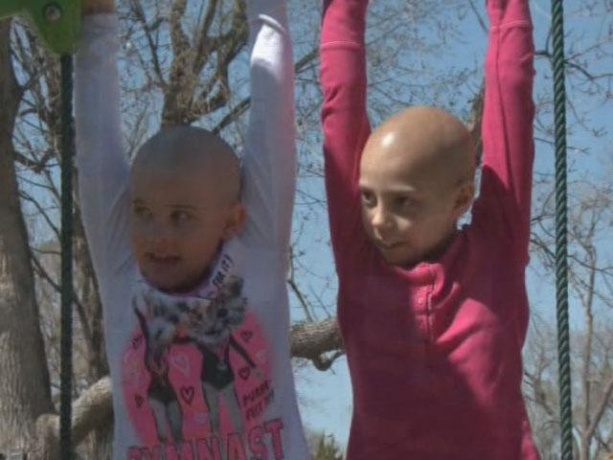 A Colorado 9-year-old was not allowed in class Monday because she violated the school’s dress code. Her offense? Shaving her head as an act of compassion to support a friend battling cancer.

Kamryn Renfro, who attends Caprock Academy, a public charter school in Grand Junction, told KUSA-TV she “felt it was the right thing to do.”

“I was really excited I would have somebody to support me, and I wouldn’t be alone with people always laughing at me. I would at least have somebody to go through it all,” 11-year-old Delaney Clements, Kamryn’s friend who recently started chemotherapy, told KDVR-TV.

The school said in a statement that its dress code policy was “created to promote safety, uniformity and a non-distracting environment for the school’s students.”

“Under this policy, shaved heads are not permitted,” Catherine Norton Breman, president and chair of Caprock Academy board of directors, said, according to KUSA.

Jamie Olson Renfro, Kamryn’s mother, wrote on Facebook Sunday that her daughter was asked by the school not to return until her hair grew back. The mother said she realized that, as a parent, she signed unto the school’s rules every year, but “I never thought my 9-year-old daughter would do something so courageous, brave and selfless.”

In response to criticism of the school’s initial, unwavering response, the school’s board of directors called a closed meeting to discuss the issue Tuesday evening, KKOC-TV reported.

Kamryn was allowed to return to school Tuesday while the board discusses the issue.

“Words can not express how humbled my family is from all the support that our friends, family and even people we have never met before, have shown us through this ordeal that we started [Sunday] evening,” Renfro wrote on Facebook.

Lithuania and the Lilliputians