Listening to the Sounds of Costa Rica’s Pre-Columbian History

Costa Rica Entertainment – The San Jose Museum Walking Tour, which goes on for less than a kilometer (about half a mile) through the Costa Rican capital, reveals the sounds, origins, use and morphology of the musical instruments that sounded in pre-Columbian communities. 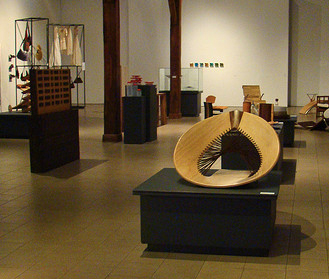 Under the title “Ancestral Echoes,” the Central Bank Museum of Costa Rica, or MBCCR, the Jade Museum and the National Museum joined forces to exhibit items dating as far back as 500 B.C.

The museums, located around San Jose’s Central Avenue, study the sociocultural perception of the music and sounds that have meant so much to local cultures from pre-Columbian days until now.

“Though each of the exhibitions can be seen and appreciated separately, whoever visits all three museums can obtain a more complete knowledge and connect the dots of the discoveries made by each of them through their individual research,” MBCCR director Virginia Vargas said.

The MBCCR’s “Metaphor of Sounds” exhibition invites the public to a display of more than 60 ancient musical instruments from 500 B.C. to 1550 A.D.

Instruments from ocarinas, bells, flutes and whistles to maracas and rattles found on the Pacific and Caribbean sides of Costa Rica are among the features of these cultural exhibits.

The museums offer a description of all the objects on display and provide background information on how they were made, the communities that made them and how they used them.

“Ethnomusicology, psychology and anthropology are combined in order to identify how these objects were means of expression for pre-Columbian cultures,” the museum said.

The Jade Museum will show “musical instruments and explain the use made of these drums, rattles and jade plates in the group festivities, ceremonies and leisure activities of long ago.”

For its part, the National Museum in its “Music and Rituals in Garza Bay” exhibit has 90 objects on show recovered from the Rempujo archaeological site in Guanacaste province on the nation’s northern Pacific coast.

Rempujo is a cemetery for musicians that was excavated in the year 2009 and where more than 100 musical instruments were found of varying shapes and sizes.