Sometimes one sentence is so pregnant with meaning and implication that one has to stop reading. Here’s just such a sentence, which I read today: “Homo sapiens was no longer killing like a normal predator, but like a natural catastrophe, an act of God.” 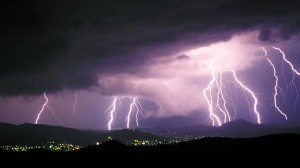 The context was a discussion of the archaeological patterns of large-kill sites containing large numbers of animals (horses, bison, even mammoths) hunted during the Upper Paleolithic, or Late Stone Age.

That was from about 50,000 to 10,000 years ago, which roughly corresponds from what’s called the advent of ‘behavioral modernity,’ when humans became much more proficient hunters (and no doubt gatherers), until the appearance of agriculture.

What makes Paleolithic hunters like a natural catastrophe is that they often drove massive numbers of animals to their deaths off the top of a cliff, or ambushed and killed all ages in a narrow pass. Lions, wild dogs and hyenas, tend to go after the most vulnerable individuals in a herd (the old and the young) in what’s called bi-modal distribution.

Not only did the all-ages pattern “become an increasingly common feature during the course of the Upper Paleolithic,” but it presages by tens of thousands of years the tendency of humans to plunder their environments and move on. Only now there are no new territories to move into.

In other words, these hunting strategies of tens of thousands of years ago, which killed hundreds and even thousands of animals of all ages at the same time, augur the present period of worldwide mass extinction of animals at the hands of humans.

They also give a lie to the whole notion of human ‘progress’ except in a technological sense, since we are the same creature doing the same wastefully destructive things, from our emergence as a fully cognitive species on this earth until now. The only difference is that we presently number in the billions rather than the thousands or millions.

These phrases–“like a natural catastrophe, an act of God”—though perhaps used metaphorically by the author, resonate 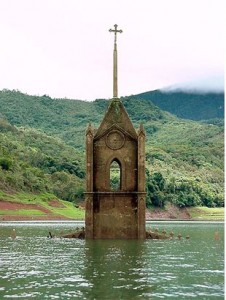 with such depth of truth and philosophical conundrum that one has to step back and wonder at the truth they contain before trying to ‘unpack’ them.

There are many who still dispute that man has become ‘like a natural catastrophe, an act of God,’ but it has become impossible to deny. We are left with the question: What does that say about nature, evolution, humanity and God?

Given that humankind has become a destructive force of nature on a global scale, then what meaning can there possibly be to life, and what meaning does the religious impulse have except as a reactive invention of the mind of man? As Stephen Hawking says, “there may be no meaning to biology, none whatsoever.”

But to my mind, the power of man as a ‘natural catastrophe’ makes the mystery of man all the more challenging, as well as urgently requiring new insight and sufficient explanation.

Setting aside the spiritual question for the moment, humans evolved in nature along the same principles as all other life. Given that natural catastrophes and ‘acts of God’ are part of a larger order (including the most destructive events, such as super volcanoes and asteroids, which cause mass extinctions), how could evolution make such a mistake as man?

Of course, if you think, as theists do, that man is the measure of all things, and the ‘pinnacle of creation,’ then none of these questions makes any sense. So too the atheist’s position, which is merely the flip side of the same coin, since to their minds there is no meaning to life except the meanings that man invents.

The very existence of a sentient animal of such power that it can and is bringing about an ‘extinction event’ on this planet, wiping out a significant portion of life that took billions of years to evolve, should be enough to give theists and atheists pause. It means either that life is a meaningless play of chance, emergence and extinction; or there is a tremendous mystery in the emergence of prematurely named ‘intelligent life,’ something that is enfolded in the evolution of the universe itself.

I’m not speaking about divine creation or ‘intelligent design. These concepts represent desperate attempts to uphold 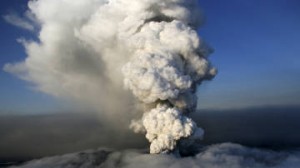 projections of a ‘Supreme Being’ that waves or wags fingers to make or destroy ‘His’ creations.

I’m saying that if we step back and look at it impersonally and dispassionately, in evolutionary and natural history terms alone, the ‘act of God’ power that we humans possess throws the conundrum of humankind’s existence in the context of nature as a whole into sharp relief.

To crack the nut we have to attain insight into the question of the inherent meaning or meaninglessness of life. Is meaning made solely in the mind of man, or does the evolution of creatures like Homo sap have undiscovered meaning in the universe? In short, is man’s self-made crisis a crucible for the emergence of a creature that does not yet exist, Homo sapiens?

I submit that our brains not only give us the rapacious capabilities of man, but the capacity to directly experience the sublime and the sacred. Without self-knowing however, ‘higher thought’ is an increasingly destructive factor on earth, and a dead-end for humanity.

The evolution of conscious, fully developed cognitive ability made us man. But because ‘higher thought’ is inherently separative, humans have, without insight into thought’s operation and place, fragmented the earth to the breaking point and imperiled their own true potential.

In short, man is a cosmic contradiction that only human beings can resolve.