Costa Rica News – The official language of Costa Rica is Spanish, although most people speak English as well.  Other popular languages are Mandarin, Portuguese, German, and Creole. Though the country is small it is rich in expressions and slang as well as country-specific Spanish vocabulary.
To help you understand what’s going on around you, learn the top three slang words. “Mae” is pronounced “my” and can 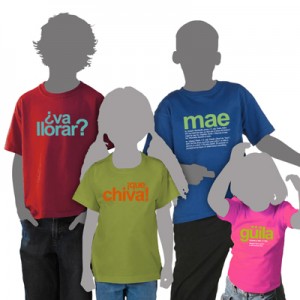 be used to mean “dude” between friends or can refer to any person in indirect speech. “Pura Vida,” pronounced “poor-ah-vee-dah,” means “pure life.” It’s the idea of letting things go and enjoying life. It can also be an answer to “how are you?” or used to say “thank you” or “you’re welcome.” “Tico/Tica (tee-ko/tee-ka)” is a Costa Rican man (tico) or women (tica).

Here are some other slang words you may want to learn:

Estar de goma-to have a hangover

Una teja- 100 of something (colones, meters)

Upe!- anyone home (used instead of knocking on a door)?

Where are the Costa Rican Minorities?