San Jose, Costa Rica – The Board of the Costa Rican Institute of Sport (ICODER) reserved the national stadium for a possible Lady Gaga concert in Costa Rica, between the 2nd and 4th of November. This was confirmed by an ICODER spokesman, who said that the reservation was made ​​by an application for producer RPM. 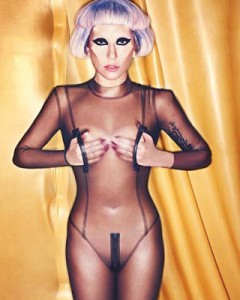 This does not mean that the concert is confirmed, but is now entering a stage of negotiations to see if they meet the requirements of the artist.

The press spokesman RPM producer, Juan Carlos Peña said they can not confirm the concert s of yet. “For our part, we can not confirm any of Lady Gaga concert,” said Pena.

When asked about the statement by the spokesman of ICODER on a reservation made at the request of RPM, Pena insisted that no one can confirm the statement. “It is not the appropriate channel, not the person you work in the ICODER, did not know why that statement is not authorized,” said Pena.

The date has not shown up on the official site of the singer of Born This Way .

This comes after weeks of rumors about a possible visit to the pop star concert to Costa Rica.