Costa Rica News – A GROUP of intrepid Dorset explorers will be taking more than a hundred knitted hand puppets with them on their expedition to Costa Rica next month. 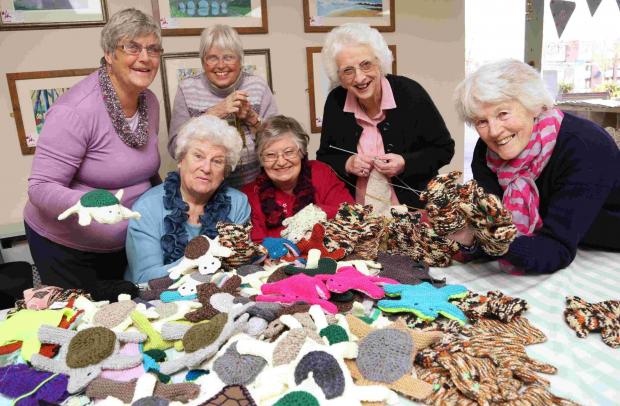 The production of puppets by Knit & Natter groups in Poole, has been co-ordinated by Shirley Critchley and Janet Clark.

Shirley, a member of the Scientific Exploration Society, will be joining renowned explorer Colonel John Blashford-Snell, who is leading an expedition to the Osa Peninsula.

The area is home to a number of endangered species such as the scarlet macaw, peccary, anteaters, sloths, tapir and different primates, as well as five species of cat.

He hopes that by giving children knitted puppets of some of these species, it will help them learn to love the animals as they grow up.

Janet Clark, a member of Canford Heath’s Knit & Natter group, said: “When we heard about the expedition, we wanted to do our bit to help and recently we were invited to join John and his wife Judith for afternoon tea at his headquarters near Shaftesbury to hear more about the forthcoming expedition.”

Team members will be helping to build two timber footbridges to improve access to the peninsula, plus surveying and signing jungle trails. They will also be distributing books to schools and reading glasses to the indigenous people as well as working with park staff on studies of the local wildlife.

By Nicky Findley, From The Daily Echo

Costa Rica We Have A Garbage Problem