Jorge Rojas to Step Down as the Director of the OIJ

San Jose, Costa Rica – It will be interesting to see what happens with crime as a good OIJ leader retires. Jorge Rojas Vargas will step down  July 1 as the director of the Judicial Investigation Organization (OIJ).  The retirement application was learned of today at the meeting of the Full Court, prompting the judges to highlight the work of Rojas in the Judicial Police. 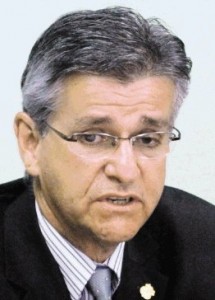 Jorge Rojas has 38 years of working in the judiciary. He started working in the OIJ in 1974, where he served in the Inspections Section Eyepieces and later occupied the headquarters. His work allowed him to excel also in Robbery-Assault Division, Traffic Section and the Head of Criminal Investigation Department. He also headed of the Delegation of OIJ in Alajuela.

In today’s court session, Judge Magda Pereira said that thanks to the tenacity of Jorge Rojas led to the strengthened scientific work of the judicial police leading them to significant achievements for the country.

For its part, the judge noted Zarella Villanueva Rojas delivery in open spaces for participation of women in the judicial police and ongoing training.

China Detains Hundreds of Militants in the 23rd Anniversary of Tiananmen