World News – As the U.S. launched more airstrikes Tuesday against ISIS targets in Libya — representing an expansion of the U.S. military operations beyond Iraq and Syria — NBC News has exclusively obtained a map showing the global expansion of the terror group. 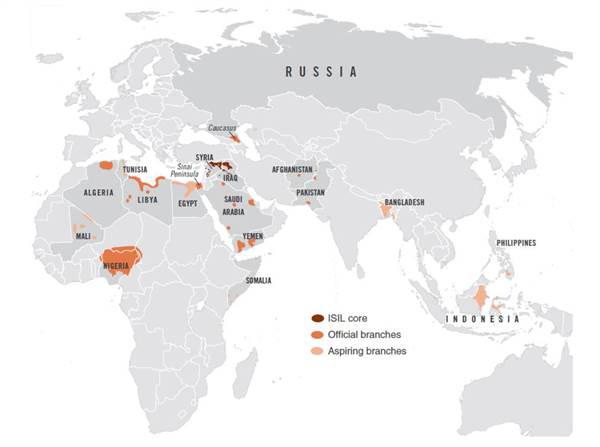 The map is part of a classified briefing document received by the White House dated “August 2016” and prepared by the National Counterterrorism Center. It shows a stunning three-fold increase in the number of places around the globe where ISIS is operating.

U.S. State Department documents indicated that in 2014, when the U.S. military began its campaign to destroy the extremists, there were only seven nations in which the fledgling state was operating.

By 2015, according to the State Department’s own numbers, there were nearly double that — 13 countries.

NBC News terrorism analysis Malcolm Nance said the U.S. has been successful in attacking the “ISIS core” in Iraq and Syria, but that the “heat map” obtained by NBC News “could probably be a lot bigger if they were to show all the aspirational regions where ISIS wants to operate and has carried out terrorist attacks.”

“It’s fair to say that the whole battle space is expanding for ISIS,” he added.

In an election year in which the fight against terror has taken center stage, even the U.S. government seems to acknowledge the battlefield is growing.