Trending Now
Costa Rican Journalist Awarded Pulitzer Prize
Virgin of the Angels to Protect Costa Rica?
Will Costa Ricans Be Evacuated from Wuhan?
Is Costa Rica’s Irazú Volcano Dangerous?
Cool Winds Expected in Costa Rica For Next...
Teddy Bear Heart
This Font Helps You Remember What You Read
Costa Rican Gives Her Advice About Touring France
New Species of Orchid Named for Costa Rican...
Guy Named Bud Weisser Arrested for Trespassing at...
Home Costa Rica News Is It Normal for Someone to Ask for Over 100 Cedulas in Costa Rica?
Costa Rica NewsUncategorized

Is It Normal for Someone to Ask for Over 100 Cedulas in Costa Rica?

Costa Rica News – Would is raise suspicion to you if someone that was only 34 years old had received 100 drivers licenses or government IDs? I guess there is a chance that he is the most absent minded person in the world. 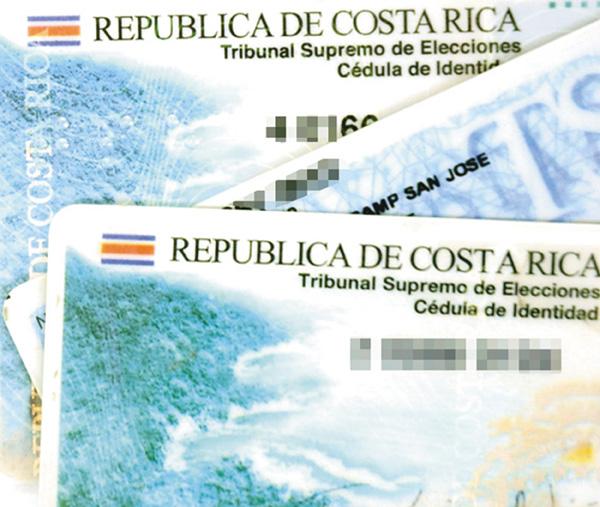 That is just what has happened, a 34 year old man has requested from the Supreme Electoral Tribunal (TSE) 110 cedulas since the year 2000. That is an average of close to 7 a year or about 1 every 2 months.

But this is not the only Costa Rican making so many requests. Another 59 year old Tico has requested 104 and a 65 year old hs requested 99. Now I can kind of understand older people losing their documents but not someone that is 34.

How a citizen can even require so many reruns?

Most of the requests for new Cedulas say the card was lost or stolen.

These documents expire after 10 years and the service cannot deny giving out a new one.

According to the Court, including these three cases, twelve citizens top the list of frequent customers, because they make requests for cedulas very frequently.

There twelve individuals they have been given 969 cedulas since the year 1998. The counts start from that year because it was when the registry issued the document with the current format.

Each year, on average 665,000 cedulas are issued. Of that number, several thousand are for replacement due to loss or theft.