Is Costa Rica The New Narco-State?

Costa Rica News – Drug cartels are beginning to set up shop in Costa Rica. They are rumored to be paying off local police and it is not costing them very much to start to completely control Costa Rica in ways to allow them to do their business freely. 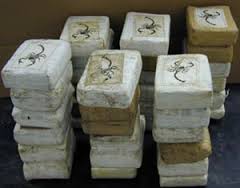 Take a look a what happened to Jairo Mora. He brought to the attention of the national press that turtle eggs were being used in drug trafficking and he was killed about a month later.

Seventeen raids were completed by the Drug Control Police, on December 17th. They took place in Cahuita, Limon, and San Jose. The enforcement agency boasts that this dismantled the most important narco-trafficking operation known to have existed in Costa Rica.

This group had ties to Colombia and Jamaica. They imported cocaine and cannabis and exported it to Europe. There were 12 arrests, including two officers of the Public Force, the national police. A bank officer from the Bank of Costa Rica was also arrested. It is believed that he helped the group launder proceeds. The ring was led by Rivas Bonilla. It was the largest ring run by Costa Ricans. It’s scary to think that there are now Costa Rican groups wanting to own the drugs and operate the organized drug routes. Could Costa Rica become the next narco-state?

The authorities became aware of this ring while investigating the death of a Colombian man in San Jose, in November 2011. In 2013, there was a seizure of 1,385 kilos of cocaine that was tied to the same group. It is thought that they could have been regularly transporting such quantities, with tip-offs from police.

This group was not related to the incident in which a private jet was found with half a ton of cocaine on a private airstrip in Limon, although that happened just a day earlier than the seizure mentioned above. That flight originated in Columbia and had Guatemalan pilots, who were arrested. The man behind that operation was the owner of a retail chain in Guatemala. He has since disappeared.

On the same day that the narco-jet was busted, December 16th, the Nicaraguan border police found 113 kilos of cocaine entering by truck from Costa Rica, at the Penas Blancas border. Again, a Guatemalan driver was arrested.

In total, Costa Rica confiscates about 17 tons of cocaine per year, based on information from 2005-2012. They are second only to Panama, in the western hemisphere, according to the UN’s statistics on drugs and crime. After the DEA crushed cartels in Cali and Medellin, Colombia, the Mexicans briefly led the hemisphere in drug trafficking.

Now they are engaged in and distracted by their own turf wars, and the opportunity has presented itself for Costa Ricans, the Central American middlemen to bid for dominance of the illegal industry.

As it is money makes the world revolve in Costa Rica.  Get pulled over you can usually pay off the police officer.  Want to promote prostitution in your establishment, you just need to pay off the right people. Drug cartels have the financial backing to run their business quite easily out of Costa Rica.

Costa Rica is like the Wild West, it is why we both love and hate it at the same time.