In 2015 ICE Will Offer Fiber Internet Services to Homes in Costa Rica?

Costa Rica News – I will believe it when this comes to be a reality.  The Instituto Costarricense de Electricidad (ICE) says it will start offering fibre-to-the-home (FTTH) in the coming year, allowing high data transfer rates to increase high quality over-the-top (OTT) and streaming services in HD and 4K throughout the country. 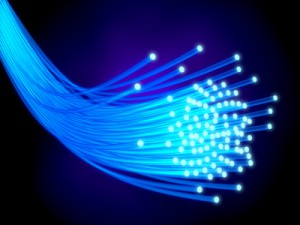 According to Adolfo Arias, infrastructure manager at the public telco, speaking to national newspaper El Financiero, new Internet services will be offered through the FTTH network Red de Acceso de Nueva Generación (Range), on which ICE has been working during recent years.

In 2015, up to 150,000 accesses will be available in a first phase, which aims to deliver high speeds in the metropolitan area of San José, the country’s capital.

The service would be the first of its kind in Costa Rica, as the other large telcos operating in the country, CableTica and Tigo, don’t offer fibre. CableTica has specific projects targeting the housing market, and Millicom’s subsidiary is mostly working on a business level.

Costa Rica has seen small projects and FTTH trials in the last six years, mostly in the public sector, but ICE’s will be the first offer targeting regular consumers.
ICE’s network, which enables speeds up to 100Mbps, will find its largest obstacle in price, as the technology is still expensive in the country.

But according to Arias, there are cheaper materials on the market and competition will help to reduce prices in the coming years.

No Marchamo in Costa Rica Lose Your License Plates