“If Americans Want To See the Devil, Let Them See”

After the FBI deflected from their own negligence in the Parkview Florida school slaughter by indicting 13 Russians on Friday for interfering in the presidential election, and after President Trump used the FBI admission that it “dropped the ball” to deflect from his own ongoing malfeasance, a high level Russian said it best: “If Americans want to see the devil, let them see.”

One of the best studies of good and evil by an American writer is Herman Melville’s novella, “Billy Budd.” It was completed in 1891, the year Melville, arguably America’s greatest writer, died.

Rife with Christian symbolism of the fall of Adam and the crucifixion of Christ, Billy Budd is nonetheless a subtle philosophical treatise on the nature and operation of good and evil in man.

Melville symbolically drops Budd into hell on earth, when he’s impressed onto a late 18th century British warship from a merchant ship ironically named the “Rights-of-Man.” Yet Billy quickly wins the respect and hearts of the crew and captain, and is promoted in rank.

The Billy Budd character is simplicity and innocence itself, the way young children are guileless and without artifice. Thus Melville’s depiction seems a rejoinder to Jesus’ injunction: “Truly I tell you, unless you return and become like children, you cannot enter the kingdom of God.” 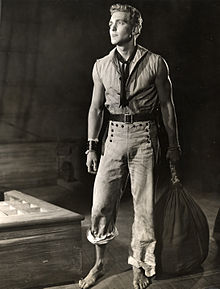 Events unfold with tragic inevitability as the sinister John Claggert singles out Billy Budd for mistreatment and destruction. In the climactic scene, Claggert accuses Budd of masterminding a mutiny.

Captain Vere confronts Budd with the charge in front of his accuser. Overcome with strong emotion, Billy loses his power of speech, and is unable to answer with words. He strikes Claggert with both of his fists with such fury and force that he hits his head on the corner of a beam, and is mortally wounded.

An evil smile creases Claggert’s lips as he fades into unconsciousness. He has achieved his aim, knowing that Budd will be hanged for striking a superior officer.

As the arbiter of authority, the captain puts duty before justice, head before heart. After a tortuous court martial presided over by the captain and three officers of the ship, Billy Budd is hanged. To the end he bears no grudge, and his last words are: “God Bless Captain Vere!”

Melville’s story is more ambiguous than Peter Ustinov’s movie by the same name. But the last words of the film hold up very well: “Justice will live as long as the human soul; the law as the human mind.”

Claggert’s view of humankind is one that many, if not most people in the West now share—unregenerate, self-serving, and incorrigibly base. In this view, human nature is ineluctably derived from the predator/prey archetype in nature.

Melville shows that such a worldview doesn’t just lend itself to evil, but is one of the wellsprings of it. It’s the view of conservative intellectuals in America, who utter nonsense such as, “Society is not a battlefield but a jungle with unexpected connections and migrations.”

The unanswered and unaddressed question in Billy Budd is the relationship between good and evil. Are they two sides of the same coin, as depicted in the novella and film, or are they completely distinct and unrelated phenomena? 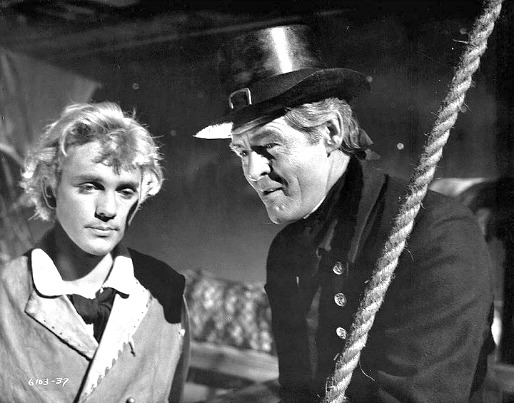 They are completely distinct. Evil does not flow from or exist in nature, as most people believe. Nor is it a supernatural phenomenon. Evil is a byproduct of the wrongful use of ‘higher thought,’ a characteristic of consciousness as we know it.

If Claggert signifies Satan, what does Captain Vere represent? Vere obviously stands for societal order, though not in a heavy-handed or simplistic way. He is an intellectual and decent man, and his argument for the necessity of Budd’s execution goes against his own sentiments.

In the movie, and to a more uncertain degree in the book, evil prevails. The crew is only informed Budd’s execution as the charge is read with the noose around his neck. “Where’s Claggert?” asks a crewman as the crew is assembled to watch Budd hang. “He’s here,” says a wise old sail maker.

Man is the creature that divides and fragments without end. Hell is the stinking and shrinking space of all the Claggerts who desperately need their vicious-circle worldviews confirmed.

Another world is possible, though not through ideals and activism, which at best hack at the leaves of evil, but only through self-knowing and transmutation in the individual.

Book on Links Between Literature & Cinema in Costa Rica