ICE Gets $1.4 Billion for Hydroelectric Projects

Costa Rica News – Well at least half of this money will be wasted or go into the back pockets of government officials in Costa Rica. It always amazes me when world banks or any country gives Costa Rica government entities money to use on their own.  They have over and over again proven themselves incompetent but yet the money continues to flow into their pockets with no accountability.  This is another example. 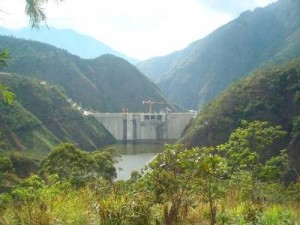 ICE, the Institute of Electricity in Costa Rica (Instituto Costarricense de Electricidad), signed a huge deal. The deal is for two loans that total $1.4 billion dollars.

The reason for the loans is to develop the Reventazon Hydroelectric Project, which is a located in the Reventazon River in Siquirres, Limon. The funding is to be managed by the Inter-American Development Bank along with the International Finance Corporation of the World Bank.

ICE’s part of the agreement was to place bonds with national banks as well as international investors. The plant, once launched, will be the country’s biggest. It’s planned capacity is 305.5 megawatts. That amount is sufficient to supply electricity for 525,000 homes.

The chief executive for ICE, Teofilo de la Torre, explained that the project is expected to be completed before the end of 2016. He said that the project “will help meet the country’s electricity demand based on renewable resources and careful harmony with the environment.”

ICE’s hydroelectric projects, while producing renewable energy, can have a negative impact on the environment. The dams block rivers and affect the marine ecosystems. The reservoirs created in the projects have the potential to block the movement and migratory patterns of land species, like jaguars.

ICE, along with an international conservation organization, is taking precautions to protect the free-flowing river and ecosystems and safeguard paths for jaguars, all while meeting 10% of the country’s electricity needs.

Let’s all sit back and watch as another Costa Rican government project drains funds into an inefficient hole. Let’s hope this actually homes into fruition unlike the infamous border trail or international southern zone airport.