Costa Rica News – The fact that an ICE employee was doing nothing all day for year does not surprise me, what surprises me is the fact that they complained about it.  I see employees for ICE not working all the time. 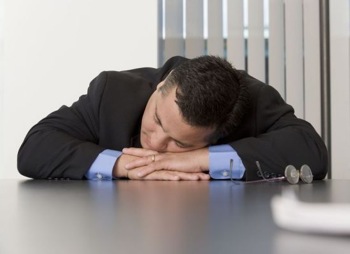 An ICE official, with 37 years seniority and currently holding a senior position with the state power and telecom agency, has resorted to the Constitutional Court (Sala Constitucional) with the claim that he is not being given any assignments, provoking him anxiety and depression.

According to the complaint, the official of the Instituto Costarricense de Electricidad (ICE) says he is being paid (salary not disclosed) for being idle for almost a year, that is not being without being assigned any task inherent to his position and without the physical space or conditions, in the event he is asked one day to perform.

The deputy head of the Department of Integrated Risk Management (Dirección de Gestión Integral de Riesgos), at 59 years of age, says he has resorted to lending a hand to other employees to keep busy or “sit idly around all day”.

ICE says it will not refer to the case, rejecting the claim by the senior employee. “Out of respect to the Constitutional Court, we prefer not air details of the case to the press,” said the official statement by the ICE press office.

The employee, speaking to La Nacion, says that in his 37 years he has held a number of positions including as an insurance analyst, section chief and deputy director, transferred to the Office of Risk Management in 2001 and at his current position since 2007.

This is not the first time this ICE employee has complained about this type of treatment, making a similar appeal to the Court in 2008. That appeal was dismissed in April 2009.