How to Save Money

Lifestyle – Whether it lasts a day or a year, a spending ban will teach you to make do with less and save money in the process, according to Emily Guy Birken, author of “End Financial Stress Now.” 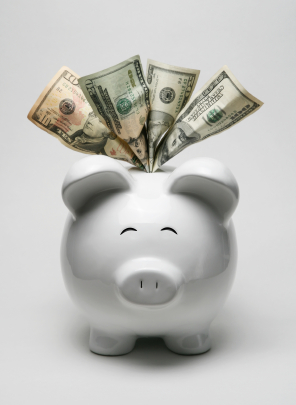 “The main thing is that you do this intentionally and mindfully and try to figure out a way to put a kibosh on your spending that’s unnecessary so that you can get back to a baseline understanding of what you really need on a daily basis,” Guy Birken says.

The author and her husband went on a spending ban in January 2012 to pay for a trip to Baltimore. The ban only lasted a month, but the Milwaukee couple learned a lot about their spending habits. And while they had a few slip-ups along the way (including ordering a pizza one night), they managed to reach their goal.

1. DECIDE HOW LONG IT WILL LAST

First-timers should keep their timeframe short but not too short, advises Guy Birken. She suggests starting with The Washington Posts’ Michelle Singletary’s recommendation of 21 days.

“You want a long enough portion of time that it will make you change the way you look at things and change your habits, and I think they say it takes two weeks to make a habit, so 21 days is good,” Guy Birken says.

When you’re on a spending ban, you should only spend money on necessities like food and medicine, according to Guy Birken. But the author warns that temptation can easily lead to rationalizing what constitutes one. For example, what should you do if your coworkers invite you to lunch?

“That’s not actually a necessity, but it’s very easy for you to say, ‘Well this is all about team building and it’s necessary for my career,’” she says.

You can avoid making rationalizations by deciding beforehand what you will consider a necessity, Guy Birken says.

“Unless you decide ahead of time what an actual necessity is, you’ll get to these situations that are spending temptations and you’ll find a way to make it a necessity in your head,” she says.

There are likely to be some unforeseen expenses during your ban if you don’t plan ahead, according to the financial expert. For example, if you forget about the wedding gift you were supposed to buy, or just remembered that tomorrow is Mother’s Day, you’re not going to have time to shop around.

“During the spending ban you’ve got to kind of look ahead and say, ‘Oh, we’ve got a birthday party coming up, how are we going to handle that?’” she says.

For example, if you remember ahead that your child is going to a birthday party in two weeks, it gives you time to find a toy that’s on sale, or regift an unused one.

4. KNOW WHERE THE EXTRA MONEY WILL GO

Guy Birken warns against putting your spending ban savings in a checking account, where you’ll be tempted to spend it. Instead, put it in a savings account or retirement account, or use it to pay off debt.

“You have to be mindful about what happens to the money you save,” says the writer.

5. AVOID THE PITFALLS OF GOING ON A SPENDING STRIKE

Guy Birken points out some common pitfalls savers tend to fall into on a spending ban, like going on a “last hoorah” buying binge before it starts, or a celebratory spending spree when it’s over.

“That is the opposite of what the spending ban is about,” she notes.

The biggest pitfall, she explains, is guilt. When loved ones invite us out to dinner or a movie, we may feel obligated to go. Guy Birken suggests you be prepared to offer free alternatives, like a free concert in the park.

“Just look at what’s going on in your community and think about things you’re able to offer to your friends that are not going to cost money that you can just offer as an alternative,” she says.

But you should never feel afraid to say “no,” says Guy Birken. Explain to your loved one that you’re on a spending ban and assure them you’ll go out with them another time.

How a School in Costa Rica Changed A Community