Technology News – Want to get rid of those targeted ads on Facebook? There might be a way. 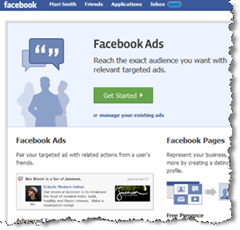 The social network is now giving users a tool to block them.

Last year, the company introduced ads that displayed content based on what websites and apps people used outside of Facebook.

Before, people could block the ads through the Digital Advertising Alliance’s AdChoices program, or through settings on Android and iOS phones. Now they can do it through Facebook.

While Facebook has long served up ads based on what people “Like,” last winter they introduced a more expansive ad program.

“Let’s say that you’re thinking about buying a new TV, and you start researching TVs on the web and in mobile apps,” the company wrote in December 2014. “We may show you ads for deals on a TV to help you get the best price or other brands to consider.”

The new tool is opt-out, meaning those who don’t actively go to the “Settings” tab and change their “Facebook Ads” option will see the targeted ads by default.

“We are continuing to roll out online interest-based advertising,” Deadman wrote, “and will now begin including information from pages that use Facebook’s Like button and similar social features, as we announced last year.”