Costa Rica News – We all know that Costa Rica is about 15 to 20 years behind when it comes to technology and infrastructure. I guess this also goes for the fact that 80’s music still reigns supreme in the land of “Pura Vida.” 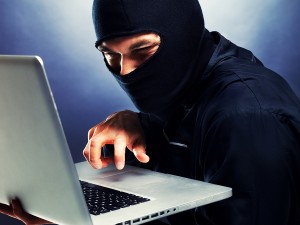 It seems cyber protection is running behind the times in Costa Rica as well. I hacker took advantage of a flaw in the banking system of Davivienda Bank (formerly HSBC) to fraudulently siphon off bout $400,000 worth of funds into various clients account in the system.

A hacker entered the online platform of the private bank to buy and sell dollars. He would alter the exchange rate and was able to steal over $400,000  in four months.

The hacker had extensive computer and coding knowledge. The money was then deposited in accounts of people who allegedly knew of the wrongful act. The funds were  then withdrawn in small amounts.

In August the hacker found a flaw in the system. He was able to sell a dollar to the bank at about ¢4,930,000. The correct exchange rate was to receive ¢493 per dollar.

OIJ (The Costa Rica FBI like Organization) is still researching who the accomplices were in this hack.

Leticia Arguedas, Marketing and Communications Manager of Davivienda Costa Rica, said in a statement: “This event was identified last year. It was corrected immediately and, as part of ongoing security protocols, we began the investigative process with the appropriate authorities.”