World Technology News – When your system goes down at work it causes your building on business to hopefully only momentarily lose the ability of your employees to communicate with clients. However when Google goes down fr 5 minutes it causes Internet traffic all over the world to plummet. 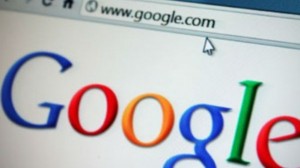 You couldn’t even Google it.

Worldwide Internet traffic reportedly plunged by about 40 percent Friday night, when many of the tech titan’s services, including its trademark search engine, went dark for between 1 and 5 minutes.

“That’s huge,” Simon Tabor, a developer at the web analytics firm GoSquared told Sky News Online in the wake of the quasi-Internet eclipse. “As internet users, our reliance on Google.com being up is huge.”

The outage, which reportedly affected not only Google Search, but also Gmail, YouTube and Google Drive, occurred between 7:52 p.m. and 7:57 p.m. ET.

The company would not comment on the lapse’s cause, other than to direct Sky News Online  and other inquiring media outlets to a brief message posted to Google Apps Dashboard that essentially acknowledged the situation.

Digital expert Phil Dearson, head of strategy for Tribal Worldwide, told Sky News Online, “This is completely unprecedented. I’ve never heard of anything like this before. One or two of Google’s services have gone down in the past, like Gmail and Google Apps, but they both happened separately.

“It’s a massive surprise for all of Google’s services to go down at the same time. It’s probably a physical infrastructure problem given the size of the outage, but it’s hard to know at this stage.”

Only in Costa Rica for Week of August 19th