Ghosts & the Supernatural – Pushing, shoving by entities. Found pentagram on floor, under carpet. People are levitated from their beds. Bruises on occupant. The Murky Witch of Galt is said to haunt the property. Settlers and native American Indians once had a gunfight squirmish on this property. Exit off Liberty Road. Richard has taken many pictures of what he considers as UFO activity at the Ranch and has taken pictures of what he thinks are gray aliens at the Ranch.

This home in Galt is a smorgasbord of paranormal activity! The occupants explain the history and the activity.

W.I.B. (WOMEN IN BLACK)
Besides ghosts, poltergeist activity and a witch, we also have UFO activity. Here is what Richard Rivas explained to me: 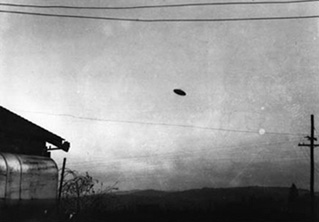 In an interview with Richard Rivas, Richard makes claim that many UFOs have been seen on his property. Some of these UFOs have actually landed on his property. Richard made claim that he actually saw Gray aliens in and around his bushes and trees. When Richard’s story about this Ranch was finally picked up by the Biography Channel’s My Ghost Story, it was 2 days after the filming that he was visited by 2 women. The 2 women were dressed in black clothing attire. Both wore skirts. Richard said that both women looked appealing and both women sort of looked like each other. One of the women claimed to be a ‘consultant for NASA’ and asked about the paranormal activity at the ranch, especially the UFO sighting. Richard let both women into the house. The women talked with a low key monotone soft voice. They asked him things like….”how long have you lived here?”; “Describe the aerial phenomenon”; “Did they land on your property?”; “Did they give you a message?”; “Why do you think they gravitate to this property?”; “Who have you told this story to?”; “This is now under investigation and we expect your confidentiality”; “You do understand that if you disclose any information, that you could do Federal prison time?”. During the interview, Richard noticed that the women were unusually pale and their eyes reminded him of a cartoon anime character, they were somewhat large and oval in shape. When they walked out of the house, they seemed to walk in unison. Both women went into a new black Fiat 500?

Richard wanted to find out who these women are and looked at the back license plate. What he saw blew him away, the license plate appeared blurry. Richard could not make out the letters or numbers on the license plate. Two days later, Richard looked into a mirror and could have sworn he saw the 2 women in black standing behind him and a voice in his head saying “we expect your confidentiality”. Richard was shaken to the core.

Now to the investigation.

I split up the team into two groups. Tonight Jon and Deanna are leading. We have 2 areas to cover. Inside the house and outside. Floaters: Stefanie Paige-Belson and Big Al.
Now, let’s get back to the occupants and what they are saying is happening at this home out in the middle of nowhere. Activity and history:

1. Key chain bent and it was bent into the shape of the number 6.
2. A tree in the field will become luminous.
3. A battle or squirmish occurred on this property between settlers and native American Indians. Possibly from this squirmish, there was death.
4. Arrowheads are found on the property.
5. In the fields behind the house, there was a home that was torn down.
6. Underground bar was built inside the home. There is a cellar in the home.
7. The home was built in the 1800s.
8. Wine cellar built under house during prohibition days.
9. Occupants receive scratches on their body, sometimes the scratches are 3 scratches (as if it were claws).
10. 3 Occupants have levitated from their beds, one occupant levitated all the way to the ceiling, before he woke up.
11. Orbs are seen by camera and by the naked eye, as I was writing this, I saw an orb fly past me.
12. Voices are heard in the house.
13. Furniture moves on its own.
14. Chanting heard.
15. Children crying heard.
16. Field lit up once with a huge orb. Note: Galt was one of the first places in California that had a UFO landing during the 1800s.
17. Truck in the driveway shook with occupant inside the vehicle.
18. UFO once seen in the sky #150; floated across the night sky.
19. Occupant’s cousin saw white shadow near hallway doorway, it was tall.
20. Occupants have been held down in their bed and they are unable to speak.
21. Occupants feel the entities are drawn to women.
22. Occupant’s girlfriend had an entity follow her home and her whole body was like ice.
23. Lights turn off and on. High activity occurs from 10pm to 3am.
24. Previous occupants that died here are: Fred & Robert Magellan, Elias DeLeon in 1972 and Luis Colosso.
25. Occupants feel entities are at times a threat.
26. Occupant takes video of many black birds in the field and films where his car is and the car does not show up on video and his wife was in the car at the time. As I write this statement, a knocking occurs on the wall in front of me.
27. Occupants have been choked. Footsteps are heard.
28. Occupant’s mother had a little entity jump on her bed, pull the covers off, the entity jumps off the bed and the dogs chase the little entity into the woods.
29. 1800s witch was buried by the tree in the field. I call this witch the Murky Witch of Galt.
30. This is a Josh Gates (Destination Truth) type of investigation #150; investigators have to do some leg work investigating in the fields and they need to watch for possible rattlesnakes. The occupants do a lot of frogging out here.

FIRST INVESTIGATIVE SESSION EVIDENCE BRIEFING:
Many photos of orbs, designer orbs, comet orbs (comet orbs are orbs in movement and have a tail); possible EVPs #150; one that says #145;I#146;m here#146;. Shari and Kara felt something pushing on their shoulders, one felt a shoulder blade pain. Shari may have an EVP, but she could not make out the words. Kara started feeling dizzy in one of the rooms. The two G.H.O.S.T. guys when they were heading to the house saw a large globe shaped UFO in the sky that lighted up most of the night sky and the clouds. Later there was a plane that seemed to chase the globe shaped UFO. Stefanie also saw the same UFO an hour later and the UFO was further in the distance. There is a strange light on the bridge, that glows blue, then glows green. 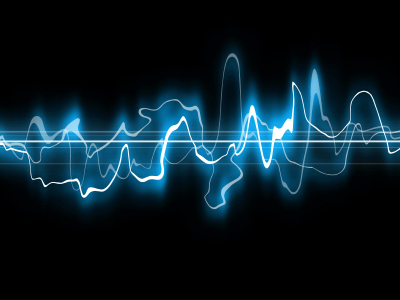 Occupants say that there is no reason for that light to be out there. The G.H.O.S.T. guys went out to the bridge to observe the light and they saw the light go up and down the hill. One investigator observed 2 lights moving around a tree. We are doing 3 experiments. The Gansfeld Experiment conducted by G.H.O.S.T. Native American music played by Rachel Rodriguez. Stefanie will recreate scenes with occupants, having them lay on the bed #150; levitation observation.

SECOND INVESTIGATIVE SESSION EVIDENCE BRIEFING:
EVP that says Hector captured. Intelligent flashlight communication conducted #150; Rachel and Becky spoke Spanish for responses. Temperature in room went from 71 to 52 to 51, when Karon asked the entity to bring the temperature down. Brendan and 4 other investigators saw the bedroom door open by itself, Brendan saw the shoulder of an entity in the room. Stefanie witnessed a white luminous light float across the room. Brendan saw a strange light movement in the sky, wiggly #150; oblong #150; rod phenomenon?

THIRD INVESTIGATIVE SESSION EVIDENCE BRIEFING:
The team discovers Ground Zero, it#146;s by the tree in the front yard. Class A EVPs we captured with 12 witnesses and absolute silence. EVP 1: Long conversation #150; unintelligible #150; male voice. EVP 2: Male voice identifies himself as #145;Michael#146;. EVP 3: Occupant says tap me on the shoulder, male voice entity says: #145;No, tap me on the shoulder.#146; With the Gansfeld Experiment, investigator saw demonic face. Kara saw an eye, hearing thunder and raining noises, she saw two red triangles. All walkie talkies went dead, the walkie talkies started beeping on their own. EVP 4: We asked how were you murdered and the entity says: #147;I am so cold!#148;

THE REVEAL:
With the real time EVPs that were captured on 3 recorders going on the same time, with 12 witnesses, there is definitely a haunting at this home. The full body apparition photo is being further analyzed. There were many personal experiences, cold spots felt, designer orbs captured in photos. Orbs seen with the naked eye. This place is definitely a hotbed of paranormal activity. The EVPs were mostly captured at Ground Zero, in front of the house by the tree where a man was murdered.