Costa Rica News  – This is a place I always wanted to visit but have not gotten around to it since being in Costa Rica. But after watching this video I think I may have to pass. 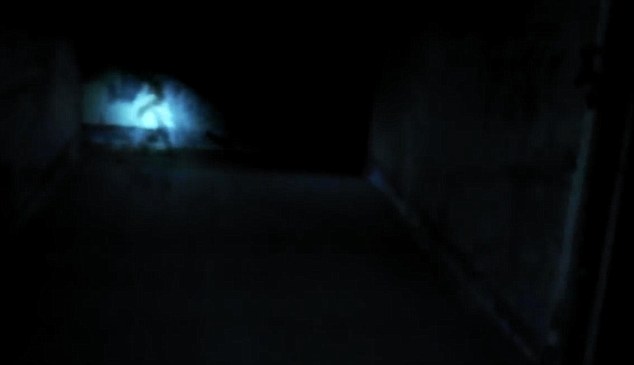 I have seen too many horror films where people do not end up leaving places like this.

Breaking into a local haunted ‘hot-spot’ is a common feature of many a horror movie.

But a group of teenagers in Costa Rica got more than they bargained for when they tried it for real.

The hospital was used to treat sufferers of tuberculosis, also known as the white plague.

The teens can be seen looking round a seemingly abandoned room.

But when one of them flashes their torch against the wall, they see what looks like a figure scampering across.

The teen filming the video screams and runs at full pelt away from the scary apparition.

The hospital is known as one of the most haunted places in Costa Rica.

It was built in 1918 to treat thousands of patients, and also treated the mentally ill.

The little girl ghost is one of its most famous inhabitants, along with a group of nuns who are said to haunt the top floor.
Online commentators have been divided over the footage.

One said: ‘I went there and have not seen anything but I asked my grandmother and she said she saw a girl in the corridor.’

But another, who believed the video to be fake, said: ‘Most likely edited to give people something to talk about’

Watch the Video Below

Costa Rica Cracking Down on Drivers Disobeying the Law