Florida Man Calls 911 Because Daughter Refuses to Get Him Beer

Sometimes I read articles from around the world and just think to myself what in the heck has this world come to today.  It seems that the intelligence level of so many people out there has done to shite and there are examples of this each and everyday not only in Costa Rica but around the world. 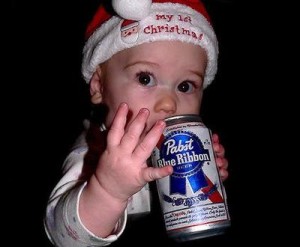 The man told authorities he needed a help with a domestic situation.

But deep down, all he apparently wanted was a beer.

Pinellas deputies said that late Thursday night they got a 911 call from Seminole resident Robert Hagerman, 56.

Hagerman said he needed help because his daughter was hitting him, throwing things and using drugs.

Deputies arrived shortly after 11 p.m. Father and daughter were both home. Hagerman, however, was “very intoxicated and uncooperative,” a report said.

Authorities quickly determined his story was a lie.

Hagerman’s daughter told deputies her dad called police because she wouldn’t buy him a beer. She used her cellphone to record his threats to make fake statements to the police and played the audio for authorities.

Hagerman was arrested on a charge of making a false report of a crime.

He was in the Pinellas County Jail on Friday afternoon in lieu of $150 bail.

From The Miami Herald

If you want to read another funny call the cops fail, read about this guy that called them for a beer run. http://www.huffingtonpost.com/2012/08/07/allen-troy-brooks-arrested_n_1750024.html
asks his daughter to get beercrime failsfailsfunny arrestsfunny newsworld news
0 comment
0
Facebook Twitter Google + Pinterest