Costa Rica News – The world’s heard a lot about human trafficking. 20.9 million people, adults and children, have been bought and sold worldwide in this sex trade. Karlie Johnson and Megan Gil created “Love and Scissors” to help those exiting the sex trade to be able to face daily life with a new career option, cutting hair. 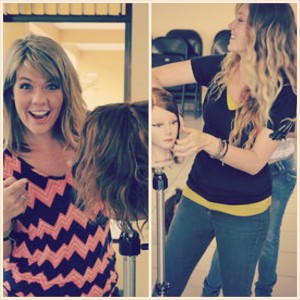 The two girls are in their young twenties and were both moved by true stories of human trafficking victims. They realized they should and could help. While one of the girls was on a volunteer trip to Costa Rica, a woman suggested that they teach the young girls how to cut hair so that they have some talent on which to start their lives over.

The girls have now been working in Costa Rica for two years. They work in a combined effort with “Seeds of Hope,” a home for underage girls that were rescued from prostitution.

They teach more than a practical skill. They teach how to love yourself and others through working in the beauty industry. This lesson is becoming real to the two groups of students they have had.

One boy from their first class was a prostitute from age 14-18 and while taking their class, he was often found still on the streets. The girls were discouraged. Now that he finished the class, he got a job in a salon and assures them he will never go back to that life that was forced on him and he saw as the only way, at one point.

The girls say that they had no idea what they were doing when they started and sometimes still don’t, but that such challenges shouldn’t hold anyone back from helping the victims in our generation.