Female Condoms to be Available in Costa Rica in 2015

Costa Rica Health News – Since it seems that the men in Costa Rica are unwilling to spend the few extra dollars to prevent impregnating multiple Ticas, perhaps putting the decision in the hands of the more responsible females in Costa Rica is a good idea. 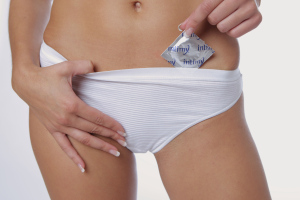 And if any men find offense to that statement, I guess the truth hurts.  As without the women in Costa Rica this country would be in complete disarray. They are the ones at home raising the children, maintaining the household, and many holding down jobs at the same time in order to take care of their children.

Anyway….I won’t continue on this tangent.

The Costa Rican Social Security Fund (CCSS) has confirmed that female condoms will now be available to policyholders during the first half of 2015.

United Nations Population Fund (UNFPA) has done testing in Costa Rica and it showed that Costa Ricans were accepting of this method of contraception.

CCSS is now only waiting on their supplier that works with the Ministry of Heath to start providing these devices throughout Costa Rica.

At this time the female condom is not in private pharmacies in Costa Rica, but they are available for trial at the health centers in Upala and Goicoechea.

The female condom is like a traditional condom but with two rings, one of which is pressed in the form of 8 and is inserted into the vagina. The second is outside.

If the woman thinks that she might be having intercourse the female condom can be put in place up to 8 hours in advance.

This is the first female contraceptive method that can protect from both pregnancy and STDs.

The Spiritual Is Political