World News – Sadness is all that can be said about this photo.  True heartbreak for this family. 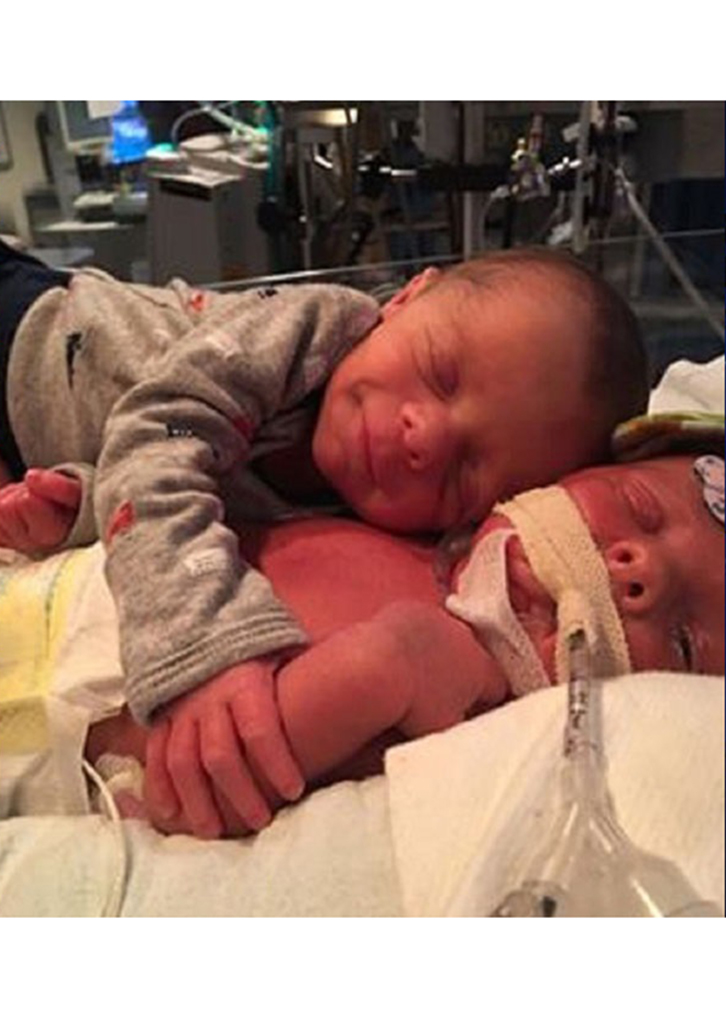 Days after a photo of Florida newborn twins hugging in a hospital went viral, the family is grieving the the loss of one of the boys, born with a rare medical condition.

Newborn twins Mason and Hawk Buchmeyer of St. Lucie County captured many hearts on social media thanks to a photo of the 3-week-old boys posted on Facebook.

It shows little Mason embracing his brother Hawk and smiling.

The photo, which shows little Hawk on a ventilator, had garnered 100,000 likes and more than 26,000 shares on Facebook.

On Wednesday morning, the parents posted the following on their Facebook page: “Our hearts are saddened this morning as our sweet little man was called home to be with Jesus. He went very peacefully and we know he’s no longer suffering. Please give us some time to grieve and try to start the healing process.”

Hawk was born with the rare condition congenital diaphragmatic hernia, which is a defect in the diaphragm.

According to the National Institutes of Health, the diaphragm separates the organs in the abdomen from those in the chest.

Hawk, who had undergone numerous surgeries since his birth was being treated at Shands Children’s Hospital at The University of Florida in Gainesville.

Mason and Hawk’s parents, Brandy Guettler and Tommy Buchmeyer, had created the Facebook page for the twin brothers to keep family, friends and now strangers updated on the condition of the newborns.

Have You Tried the New Board Game “Costa Rica”?