Costa Rica News- Costa Rican scientists reported Tuesday the reappearance of an endemic frog species that had been declared extinct in the year 2004 and which had not been sighted for three decades. 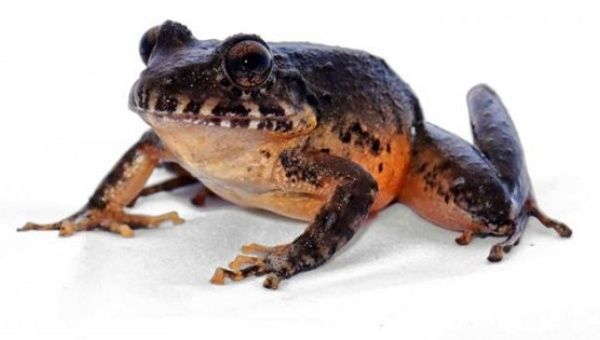 The discovery occurred on Sept. 19, 2016, while collecting a sample of amphibians. The frog that was found is a coffee-colored adult female with a red belly and measures 3 1/4 inches.

This species had not been observed since 1986. Later in 2004 the by the International Union for Conservation of Nature declared three amphibians extinct: this robber frog and Holdridge’s toad, also known as the deaf-and-dumb toad. The only one still on the extinct list is the golden toad, which researchers consider the first victim of global warming.

For Alvarado, losing a species is a “hard blow for science and for biodiversity, because they represent years of evolution and each one has a biological function within the ecosystem.

Knowing that the robber frog is there means recovering genetic material of incalculable value.”

Be Careful Where You Park in Costa Rica