Expansion of the Toll Road From San Jose to the Pacific Coast?

Costa Rica News – The toll road from San Jose to the Pacific Coast of Costa Rica has made the trip from the central valley of Costa Rica to Jaco a little more bearable making it only about an hour and a half. But is there a chance that it could get quicker? Perhaps. 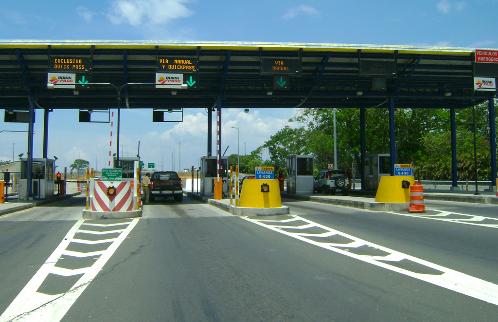 $400 million is a lot of money. That’s the estimated cost of amplifying the highway between San José and Caldera, and that’s why the initiative is being reconsidered. Another potential pitfall is that tolls might raise too much following the potential expansion.

The company Globalvia presented their quote for the concession back in February and they are being seen as the most likely to get the job, if it happens. They seem the most likely to negotiate a fair price and get the work not only done but done well.

The Government is doing a study to be able to make a realistic counterproposal that will lower the cost of construction and tolls. The toll is currently at ¢2,760, and will be raised according to how much the expansion sets the government back.

The road, which stretches 76.7 km, services 70,000 cars daily. On weekends, they have to make reversible lanes to accommodate the increase. The work that needs to be done includes adding lanes so that there are four and making twin bridges next to the five major bridges.

This could make the Pacific coast of Costa Rica even closer if this happens. Who wouldn’t want to be in Jaco or Manuel Antonio and enjoying the beach even quicker