Everything is Better In the Sunshine

Do you ever wonder why you are happier when you travel to a place where the sun shines all day and the warmth makes your skin bronze? I know each day I am able to take a walk on the beach in Costa Rica, it makes my problems seem to fade away for a little while.  Science tells us that sunshine makes everything better. 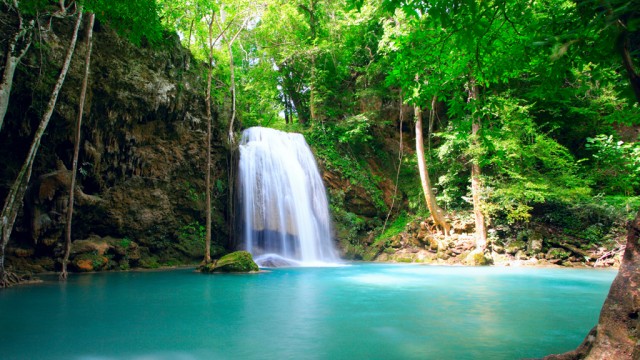 Let the sunshine IN. Because today – specifically, as of 12:57 p.m. ET today – a spell that feels straight out of Disney’s “Frozen” has been lifted: It is spring, spring at last!

This winter will be remembered as Worst Ever in many parts of the country, as evidenced by some of the season’s greatest hits: the Polar Vortex; Atlanta’s January storm, which stranded thousands of commuters on freeways and children in school; the coldest-ever Marches that 18 states have shivered through.

But things are about to get better (although maybe not immediately). Life really does seem better in the sunshine, according to a number of studies by social psychologists. Extensive literature demonstrates a link between weather and mood, Dave Nussbaum, web editor for the Society for Personality and Social Psychology, said in an email. “Good weather puts us in a good mood, which can make us friendlier and more helpful,” he said. Here, a few more reasons to look forward to sunny weather:

We tip more generously. Not only do customers tend to leave higher tips on sunnier days —even if customers are in a windowless room and can’t see for themselves whether it’s sunny or not, if the server simply tells them it’s sunny outside, they were more likely to leave bigger tips. Also, if a server writes a fake “weather forecast” on the back of the bill predicting sunny weather (sort of a weird thing for a server to do, but OK), the customer will leave a better tip.

Flirting works better.In a French study published last year, researchers parked an attractive 20-year-old male in a park and pretty much just instructed him to hit on women who looked to be between the ages of 18 to 25. He used the same line every time, but got more phone numbers on sunny days than he did on cloudy days.

We’re more likely to help each other out. In a study published last year (co-authored by the same guy who did the flirting study, incidentally!), researchers planted a mole (sometimes a man, sometimes a woman) on a pedestrian street. This person was instructed to drop a glove and continue walking as if he or she hadn’t noticed losing it. They found that on sunny days, passers-by were more likely to help, and return the glove, than on cloudy days. (The researchers called this evidence of the “Sunshine Samaritan.” Daww.)

Everything seems better on a sunny day (… as long as we aren’t too aware that it’s sunny). Nussbaum explained what’s considered a classic social psychology, published in 1983. “If you ask people about how their life is going, they’re much more satisfied with their lives on sunny days than on rainy ones,” he said. “The key finding there, though, is if you ask people about the weather first, which cues people into the fact that it’s a source of their current feelings, the effect is wiped away. In other words, the weather can make us feel great (or lousy) about our lives, but only when we’re not paying too much attention.”

A Costa Rica Dental Vacation; Getting Back My Smile