Sport News – We have a big weekend for Week 12 of the EPL (Barclays Premier League) games coming up, but arguably none bigger than the North London derby: 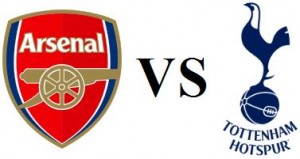 Saturday’s meeting is simply a huge match for both these teams. They already had a great rivalry, but it’s gotten hotter in recent years as both teams are fighting for a European spot. Arsenal are in a bit of a funk – this is their worst start to a league season since 1982-83 – and they must get a result at home.

Spurs have had a few hiccups, too. Manager Andre Villa-Boas keeps wanting to make changes to the team — which benefited them against Maribor midweek — but they both are out of rhythm. Both teams will be looking to find their form, so their results over five weeks have more consecutive W’s than L’s.

This game will be won or lost in midfield. Spurs will have to shut down Mikel Arteta and Santi Cazorla to prosper. When teams keep them in check – as has happened to Arsenal in their last few games – they are nowhere near as effective. Spurs also have Gareth Bale, who is a huge threat, but the big missing piece is Scott Parker. He’s the best defensive midfielder in the Premier League right now, and with him out, Tottenham missed his bite. And you know Jermain Defoe will be fired up. He scored a hat trick midweek then is sat during the Manchester City clash. He’ll want to show Villas-Boas that he needs to be on the field.

One other key for Tottenham: choose the right hotel to stay at! Back when I was playing for Fulham, Spurs infamously got food poisoning before a massive game against West Ham (which they ended up losing, and missed out finishing above Arsenal). As it happens, for many teams (Fulham being one of them), the food was always of high quality. The fact that the hotel employed many Arsenal fans caused some conspiracy theories to go around.