Costa Rica News – The Amusement Park is about to implement a fast pass for its most popular attractions. It costs ¢14,000 and is available starting this weekend. 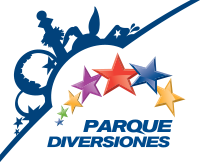 It’s meant to shorten the waiting time for some of the rides.

With the pass you can go on the rides as many times as you’d like. The most popular rides often have very long lines, especially during holiday seasons so those who pay extra can jump them.

There was a review to calculate for each ride a balance of fast passes with the normal passes. Still, the promotion has generated criticism on social networks. Critics, however, have no control over it.

The price is the normal pass or an annual pass plus an additional ¢5,900. The pass only works for certain attractions. After riding once, the person must get in line again in order to ride again.

A limited number of fast passes will be sold daily.