Trending Now
Costa Rican Journalist Awarded Pulitzer Prize
Virgin of the Angels to Protect Costa Rica?
Will Costa Ricans Be Evacuated from Wuhan?
Is Costa Rica’s Irazú Volcano Dangerous?
Cool Winds Expected in Costa Rica For Next...
Teddy Bear Heart
This Font Helps You Remember What You Read
Costa Rican Gives Her Advice About Touring France
New Species of Orchid Named for Costa Rican...
Guy Named Bud Weisser Arrested for Trespassing at...
Home Meditations Elephants Are the Canaries in the Mine
MeditationsUncategorized

Elephants Are the Canaries in the Mine

In the science fiction classic “2001, A Space Odyssey,” HAL, the all too human-like computer, malfunctions and becomes evil. As the sole surviving astronaut is deleting him, it begs for the life of its higher functions. It’s a metaphor for the growing destructiveness of man and the dreaded death of the ego. 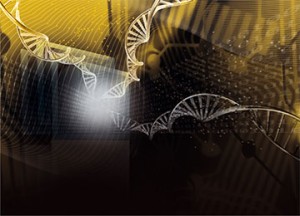 With a stunning degree of denial and hubris, a recent “Naked Science” documentary about three branches of human evolution (afarensis, erectus, and sapiens), exclaimed: “In less than 75,000 years, we went from being little more than primitive cave men to the most powerful species to ever bestride the planet.” A line like that is enough to produce a line of misanthropes.

At the other end of the spectrum of human stupidity, we have the bogus theory of “intelligent design.” According to this path of so-called reasoning, since humans are starting to imbue computers with egos in their own image, it must mean that there’s a God that imbued humans with minds in His own image. Of course that’s a reductio ad absurdum, but both of these views represent what passes for popular philosophy these days.

In order to begin to resolve the riddle, it’s necessary to ask another question. Nature operates in a dynamic, infinitely layered, complex and ever-changing order, in which all systems are seamlessly interconnected. How then could humans evolve within that order, becoming factors of increasing disorder as the overwhelmingly dominant species on this planet? It boggles the mind: Man is the very antithesis of the cosmic imperative of wholeness.

There is an innate urge within healthy human beings to understand our place in the universe. My inquiry into the relationship between humankind and the cosmos began after seeing “2001” as a sophomore in high school. I pursued the question for 20 years– sometimes while pursuing a ‘higher education;’ sometimes while doing more productive things, like working as a janitor; sometimes single-mindedly. No philosophical or scientific explanation satisfied me, either ancient or modern, Western or Eastern.

In the beginning there was simply an insight into the nature of thought–that it is inherently separative, starting within 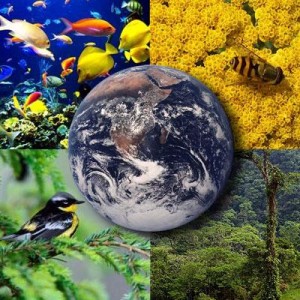 oneself. I saw that there is no thought without separation. But in itself that isn’t the problem, since thought has tremendous utilitarian and adaptive value. (Indicated by the word ‘separation,’ which literally means ‘to remove and make ready for use.’)

Finally, after many years, a core insight struck me with physical force. The evolution of conscious thought carries with it the inexorable tendency to make the mistake of taking its separations as the way things actually are, and that inevitably produces more and more division and fragmentation! This almost preprogrammed error has caused humans to fragment the earth to the point of ecological collapse. So whose mistake is it, evolution’s, or ours?

If the mistake of division and fragmentation is inevitable with the evolution of conscious, intentional separation (‘higher thought’), it just begs the question: How could nature make such an error? Something deeper must be going on with the evolution of sentient, potentially sapient species.

I realized that my quest for an explanation for the conundrum of man would not, however accurate and well constructed, transform the human animal, including myself. I saw that the quickening spiral of man’s fragmentation can only end through the lifelong application of passive observation, passionate questioning, and persistent self-knowing within the individual.

So I took the advice of the late physicist/philosopher David Bohm, who said, after I had written and spoken to him about my insights: “You may have solved the riddle of man, but don’t make another philosophical system out of it.” He meant that adding another theory to the pile wouldn’t help clarify human consciousness, but add to the confusion that is ailing it. 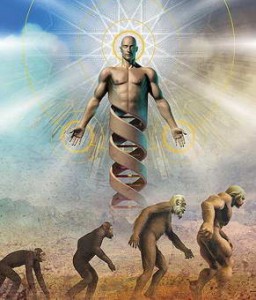 Contrary to Teilhard de Chardin and his philosophical descendents such as Ken Wilber, consciousness does not evolve. There is no upward ascension of humankind, though that idea/hope is dying very hard. Rather, the quickening downward spiral of so called consciousness is producing tremendous pressure for a breakthrough in consciousness. Can it occur at this point in human history?

The breakthrough that produced ‘modern humans’ occurred less than 100,000 years ago in a very small number of people in southern Africa, after global climate change, triggered by a super-volcano in Indonesia, nearly wiped out archaic Homo sapiens worldwide.

The stresses that modern humans are placing on the planet (and ourselves) are necessitating another breakthrough. The necessarily conscious and unprecedented quantum leap will probably also be precipitated by a global catastrophe, though this time of our own making. But it will be too late to prepare the alternative to Homo sap once the nuclear and/or ecological catastrophe occurs. In short, we’re stuck; can a few unstick ourselves?

Spiritually speaking, symbolic thought was a necessary development for the emergence of awakened awareness, capable of sharing in the cosmic mind. But paradoxically, thought is also the greatest impediment to the awakened awareness of a silent mind!

The gods may chuckle at this paradox, but the human being weeps. God forgive us for the mess we’ve made of this beautiful earth.

Wordlessly resolving the dilemma of ‘Man’ within ourselves is crucial to human survival and the emergence of a new order of consciousness. Truly, self-knowing is the door to freedom.

5 Ways Your Bad Habits Might Just Save Your Life