5 Ways Your Bad Habits Might Just Save Your Life

We wanted to supply our CRT readers with a little comedy today.  We can’t say that any of the below frowned-upon habits will make you a better person on the whole. A regimen of all-natural foods and quiet meditation, free of all vices, is surely still the way to go if you want to live a long, healthy life.

Still, depending on what’s wrong with you, the cure can often be found in the things your health nut friends warned you about.

Before you read this, please raise your hand and repeat after us: I will not do drugs because of some words I read on this website. Thank you. 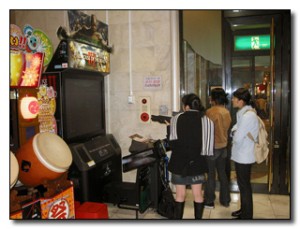 We realize that we’re preaching to the converted when we point out that violent video games are about as effective at turning children into murderers as Pac-Man is at getting them to eat fruit. But still, at best we think of games as a neutral force in society — a harmless time-waster that isn’t making things better or worse. And when we see a positive study saying, for instance, that women who play video games have more sex, we suspect that there might be some wishful thinking involved.

But science says there is one benefit of violent games that you’d never have guessed in a thousand years: They can heal soldiers suffering from post-traumatic stress disorder.

And no, this isn’t taken from some press release from Activision — it’s the result of work done by the Department of Defense National Center for Telehealth and Technology. It’s called virtual reality exposure therapy, and it forces subjects to relive the traumatic experiences in a safer environment. It sounds like a form of torture, but it’s actually one of the only ways to overcome traumatic memories.

The human brain needs to relive the worst events it’s experienced in order to properly heal itself. Psychologists used to do it by having PTSD sufferers talk through the experiences over and over, but simulating the events takes the process one step further. The games have been proven to help release the stored anxiety as they, in essence, desensitize the soldier to the severity of the memories.

A recent study of Vietnam veterans found a 45 percent reduction in self-reported symptoms with the games. It also works for other people who have survived non-war related traumatic events — for example, simulated driving games appear to help car accident victims get over the phobia of motor vehicles that sometimes results. Really, it should work for anything where exposure is needed to help a person get over their fears — one clinical psychologist is using it to treat everything from a fear of flying to a fear of spiders. Damn, when the future arrives and space marine becomes a real job, this whole generation is going to be trauma-proof. 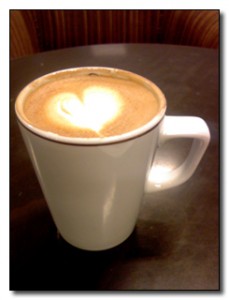 As we have pointed out, coffee is a miracle substance, mostly thanks to caffeine. We’re not saying it’s good for you, necessarily, just that most of you are alert enough to read this article thanks only to its stimulant effect. It also lets us ignore all of those doctors’ warnings about getting enough sleep at night. If our body wanted us to sleep, it’d put us in a coma, right?

But that means the absolute last thing you’d want to do is give the stuff to people who are already too alert — people with short attention spans and problems with hyperactivity. It’d be gasoline on the fire. But here’s where science’s “let’s just see what happens” approach pays off, because it looks like coffee is good for your attention span. In fact, they think caffeine is responsible for the decrease in ADHD symptoms as people get older, since most of us develop a substantial coffee addiction in our adult lives or, at the very least, an aggressive soda habit. We’re accidentally treating our hyperactivity.

Now, this is hardly surprising to some of you who are on ADHD medication, or those who just know what’s in it. You know that this fighting-fire-with-fire approach to treating ADD and ADHD is nothing new, considering the most popular medication for it, Adderall, is basically speed. That’s what the “amphetamine” in “amphetamine and dextroamphetamine” means. 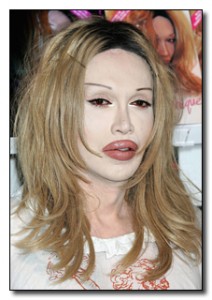 Getting a Botox treatment — pumping your face full of neurotoxins to get rid of wrinkles — has to be among the least admirable medical procedures in the world. It brings to mind rich, bored housewives spending obscene amounts of money to inject poison into their faces out of pure vanity.

And that isn’t even touching on the weird side effects, where deadening the muscles in your face actually prevents you from making normal human facial expressions. We mean, what possible actual good would that do? What are you going to do, inject it to kill your frown muscles to cure your depression? Yes!

It starts with something called facial feedback theory. We’ve discussed before how Botox users actually found their emotional states changed after the treatment since, bizarrely, the link between your moods and your facial expressions goes both ways. Take away your ability to furrow your brow with worry, and your mood improves.

Doctors had already noticed the phenomenon in their Botox patients, but just figured it was people being happy about getting rid of their wrinkles. But then they noticed the same effect in patients who weren’t looking to get rid of wrinkles at all.

So they did a trial on 10 depressed patients and nine saw their depression vanish completely. They need to do a larger study before they know for sure, but based on those limited results, we have to say holy shit. Sure, you can say that it’s just some kind of advanced placebo effect, that the frown-killing treatment simply fooled the patients into not being depressed any more. But … so what? 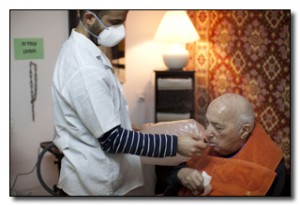 By now everybody — or at least everybody in our target demographic — knows the medical benefits of marijuana for cancer patients. But as far as benefits go, that’s about it. For everybody else, it just seems to make dudes eat junk food, get lethargic and laugh at stupid shit.

So, if there’s one part of the body you would think would be helped by weed, you’d pretty much pick anything but the brain. It doesn’t matter how much you love pot or how badly you want it legalized, you still wouldn’t hit the bong before climbing into the cockpit of a fighter jet. Yet, in a scientific development that we’re certain won’t be abused by stoners looking to legitimize their habit, marijuana has been proven to be helpful in treating Alzheimer’s.

Strangely enough, the same compounds in marijuana that are responsible for the quintessential stoner forgetfulness, the glassy stare, the short attention span and the, uh … quintessential stoner forgetfulness could be the same compounds that protect short term memory in sufferers of Alzheimer’s. Recent studies indicate that THC can boost the effectiveness of a neurotransmitter that is essentially the brain’s lubricant — the very stuff Alzheimer’s sufferers are lacking. THC stimulates the growth of new neurons in the brain of the elderly, which also helps, obviously.

Well, shit, why aren’t we giving the stuff to kids on the first day of school? It’s basically brain food, right?

Nope. Note that everyone who saw positive benefits were elderly. Brain chemistry changes once the brain matures (which doesn’t happen until around age 30), and the effect of THC on a developing brain is radically different. Smoking weed early actually slows growth and development and can have lasting effects that, ironically, make you more susceptible to memory loss later in life. 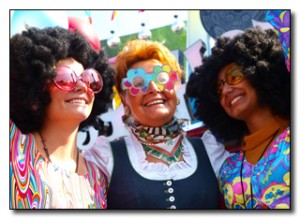 #1. LSD and Psilocybin Mushrooms Cure Headaches and Fear of Death Itself

Quick, name the only thing psychotropic drugs are good for. If you said, “Making progressive rock tolerable,” then you’re right! However, thanks to a group of medical professionals willing to throw poorly understood and questionably safe drugs at every condition imaginable, there exists a body of research aimed at fixing anything with anything, and they recently discovered they could cure cluster headaches with hallucinogens.

A cluster headache is similar to a migraine, in that your brain feels like it’s trying to punch your skull apart. Episodes can last for hours and strike anywhere from two to 20 times a week. Oh, and also they’re nicknamed “suicide headaches,” because the agony can get so intense they will drive people to suicide. Sufferers report that the pain is worse than childbirth, and attacks come with such predictability that people will shun social contact and sit in their rooms, staring at the walls, waiting for agony to come.

That’s a recipe for drug use if we’ve ever heard one. Studies on the efficacy of psyclobin ‘shrooms and LSD found that these hallucinogens were useful in treating not only cluster headaches, but also OCD and clinical depression. And it’s not just about being too distracted by hallucinations of tiny clowns in your pants to notice your health problems — studies using the non-psychoactive cousin of LSD, BOL-148, proved that it was just as effective at stopping headaches as LSD. Although at this point the sufferers must ask themselves why they’re using psychoactive drugs over ibuprofen if they don’t want to high-five a Luck Dragon while recovering from their head pain.

Oh, and LSD has other uses, too. In a hilarious-but-utterly-soul-crushing study where they gave elderly, terminally ill patients LSD, subjects reported a vast decrease in end-of-life anxiety, pain, sleep disturbances and even their fear of Death (capital D) itself. Which we suppose makes sense: Whatever you can say about the crowd at Woodstock, they weren’t a stressed-out bunch. More surprising, however, was that the doses of LSD were found to be just as effective as traditional opiates at relieving pain and anxiety … and they lasted as much as a week after their peak effects were felt.

Compared to modern painkillers, which wear off in a few hours, that’s a pretty significant medical advancement, all thanks to a crowd of tripping senior citizens.

Why Ship A Vehicle To Costa Rica?

Elephants Are the Canaries in the Mine