University of Colorado police ticketed a Florida man who they allege ate a pot brownie and then passed out behind the wheel of his car near the CU police station last week, according to a police report. 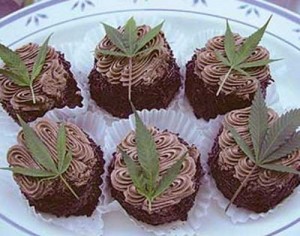 Police said they found Gregg Nelson, 60, passed out behind the wheel of his rental car with the engine running in the 900 block of Regent Drive on Wednesday after witnesses called police.

Police saw a rolled-up marijuana cigarette and a lighter in between Nelson’s knees and a container of what they believed to be crumbs from a pot brownie, according to the report. There also was damage to Nelson’s car consistent with damage to a nearby bridge on Regent Drive.

When officers tried to wake Nelson up, he could only mumble, and police said when they asked him to turn off his car, he instead tried pushing buttons on his dashboard and kept trying to take off his seatbelt even though he had already taken it off.

Nelson also had difficulty standing on his own, according to the report. He was taken to Boulder Community Hospital for treatment.

According to the report, once at the hospital, Nelson said he had come to Colorado from Florida in order to obtain medical marijuana for his bad back. He said he ate a pot brownie he got from a dispensary in Denver and then planned on “going to the mountains,” but did not remember how or why he ended up in Boulder, according to the report.

Nelson was issued a ticket on suspicion of DUI.

CU police spokesman Ryan Huff said that while police are not issuing tickets for marijuana possession due to Amendment 64 passing, police will still ticket or arrest those who drive under the influence of marijuana.

Huff said police will be on the lookout for those driving after smoking marijuana, especially as Amendment 64 goes into effect in early 2013.