Costa Rica News – While many in the world are trying to find Easter Eggs, in Costa Rica they are searching for crocodiles. 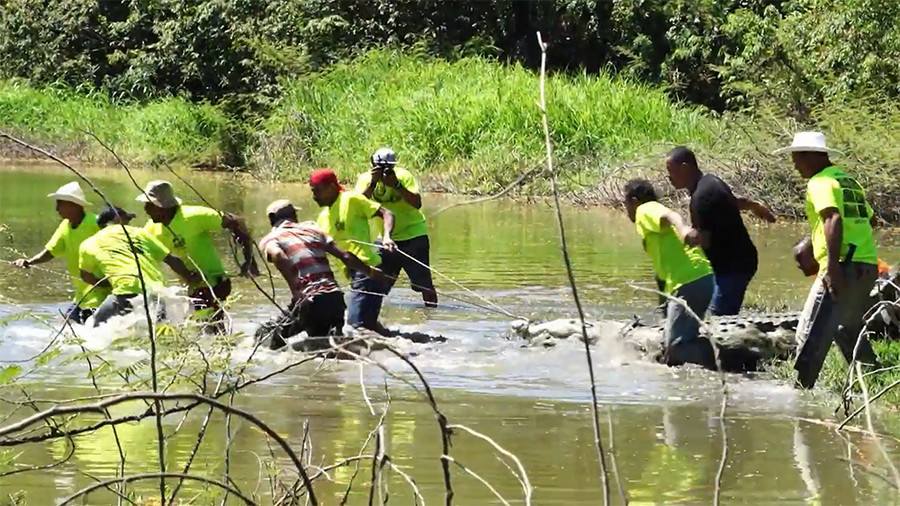 Easter celebrations in Ortega, Costa Rica are a little unusual. Instead of hunting for Easter eggs, villagers capture crocodiles in a centuries-old tradition.

Using only sticks, a group of men called the ‘Lagarteros de Ortega’, or Lizard men of Ortega, gather in the local river every Good Friday to surround a crocodile and lure it into a net.

Once captured, the crocodile becomes the village’s guest during its festival. The next day, it is released back into the water.

“This time everyone could tell how hard it was. The people saw it in the river in the net; they saw how we had to fight with the animal in order to get it here,” Jaime Sanchez said.

The crocodile hunt used to end with the animal being killed, after which its fat was used to make potions.