Costa Rica News – I think that Recope should be making these final donations and not the public, but I guess the government of Costa Rica wants to keep their money. It was the Costa Rican government that let them in correct? 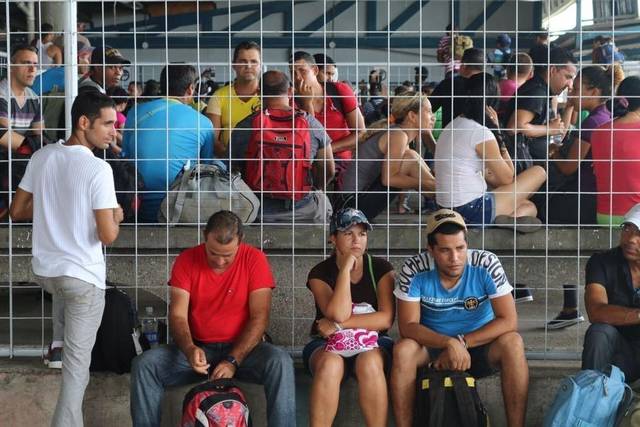 The Costa Rican government is asking for donations to help the last 50 Cubans without money to pay for their plane tickets to either El Salvador or Mexico and make their way to the U.S.

The director of Migration has hope that the funds can be raised over this weekend so that the people can make the last scheduled flight, which is on Tuesday March 15th. President Solís was there to say goodbye to the previous flight of 245 Cubans.

Thousands of Cubans have left via the agreement with El Salvador, Guatemala and Mexico and thousands used coyotes. The number of people with legal status ready to fly out but without money is 50.

There are 56 people with pending deportations and it is unclear whether this is just a precaution or they will be sent to Cuba or a third country. An estimated 300 Cubans are still in Costa Rica unaccounted for.