World News – Sometime photos are just too cute not to share. 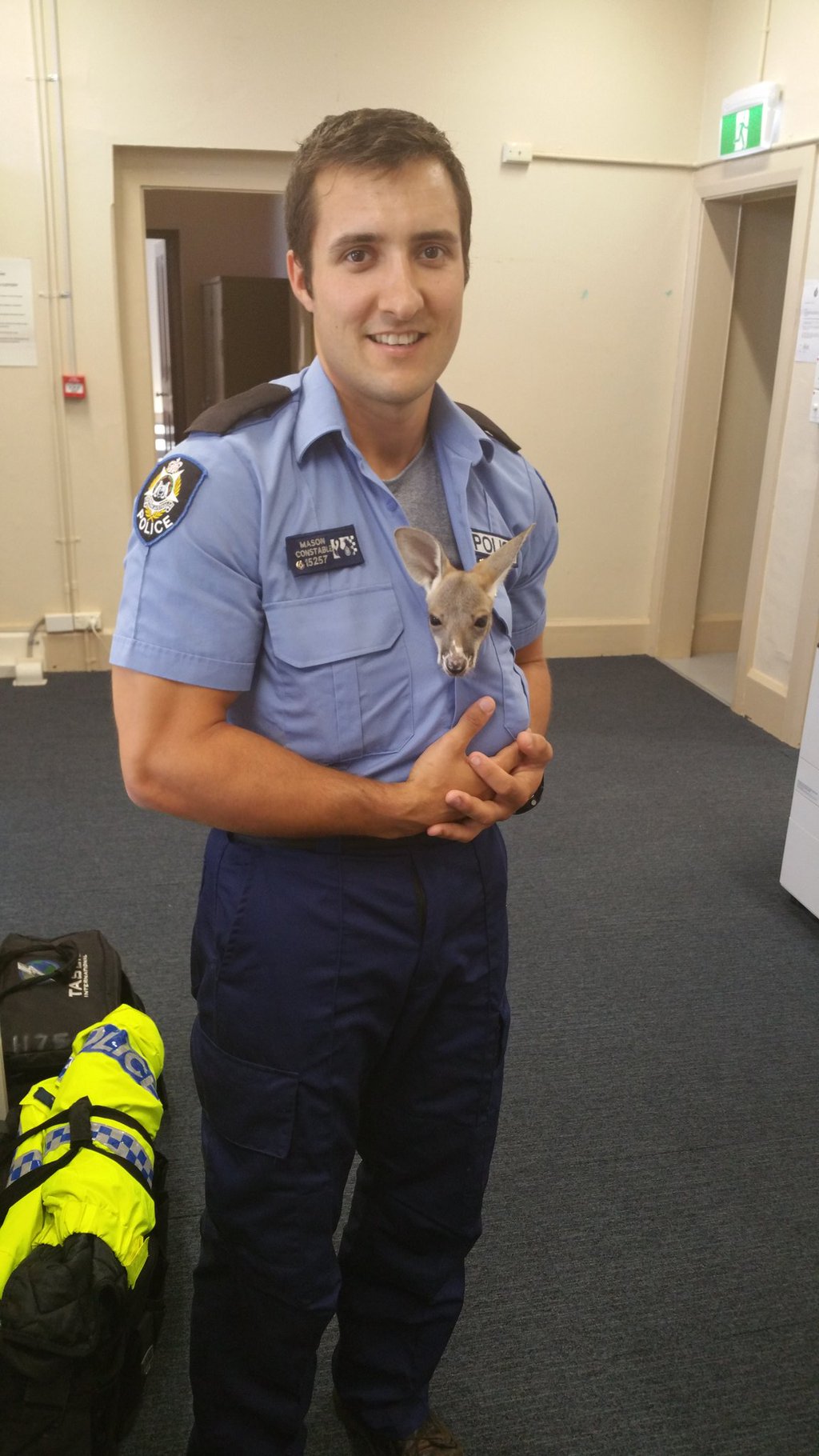 When a baby kangaroo appears online you have to get the pictures out there.

The Western Australia Police Department has an adorable new recruit in the town of Cue.

According to PerthNow.com, the baby kangaroo’s mother was hit by a truck. The little guy was brought to the police station and adopted by Constable Scott Mason, who used to be a paramedic.

Mason’s wife recently gave birth, so while she takes care of their infant son, he’ll be bottle-feeding the joey.

Fans of the department’s Facebook page came up with the name Cujoe.

“I was going to name it after my son, but my missus wasn’t too happy about that so we thought we’d put it out for everyone else to name the ‘Cue Roo,’” Const. Mason said.

Since Mason doesn’t have a pouch, Cujoe climbs into his shirt.