I read a riveting quote from an abbot, ironically named Fr. Christian, one of the seven monks from a Trappist monastery in Tibhirine, Algeria. They were kidnapped and killed by Islamic terrorists in that war-torn country in March of 1996. 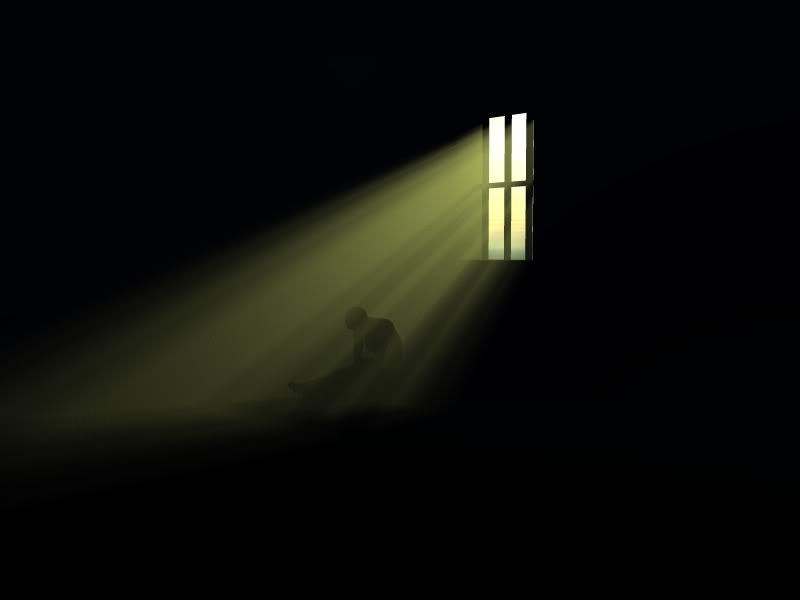 The quote, which captures both the best and worst of Christianity in my view, is this:

“I have lived long enough to know that I am complicit in the evil that, alas, prevails over the world, and the evil that will smite me blindly.”

There is a genuine humility and disturbing acquiescence in this statement, born of the centrality of suffering in Christianity, and, I daresay, a misunderstanding of Jesus’ mission. This strange admixture of trueness and falseness lies at the root of the confusions, contradictions and conflicts in the Judeo-Christian tradition.

We urgently need a working understanding of the tremendous challenge to spiritual survival that darkness and evil now poses, not just for Christians but also for Muslims and everyone.

The French monks had served the Muslim community in Algeria in various capacities, but they had been threatened by what we now at once fearfully and blithely call Islamic terrorists. An excellent movie, entitled “Of Gods and Men,” was made about their decision to remain in their monastery, knowing they would probably be killed.

Without separation and dualism, I see darkness as having two interlocking aspects. The first is the content of hurt, grudges, hate, ugliness, self-centeredness and the rest of the gunk that we are all prone to accumulate as humans.

This ‘dark matter’ forms the raw material for darkness, individually and collectively. Since we are not separate individuals, these personal dark streams flow into much larger streams in a people, and in human consciousness as a whole. In turn evil, which is collective and intentional darkness, hooks into the unseen darkness within us. That’s the key to understanding and ending it.

What matters is self-knowing, for it is the only antidote to evil. That means we have to honestly call a spade a spade within us. When one feels hatred, jealousy, anger, fear or whatever, one sees and observes it as such, and does not excuse, rationalize or explain it away.

This is why so-called positive thinking is extremely pernicious. I grew up with this mentality, which Americans have honed to hellish perfection. When a bad thing comes up in oneself or the family, the knee-jerk reaction was and still is to ‘think positive’ about it. Trying to talk about something is deemed ‘being negative.’ Therefore nothing negative is actually addressed, so inevitably everything negative accumulates. Positive thinking is therefore in actuality the most negative thing.

As portrayed in the movie “Of Gods and Men,” the monks struggle with whether to stay or leave after the vicious militants, who were slitting people’s throats in the village, entered their compound on Christmas Eve looking for their aged doctor. With great courage, the abbot simply refuses to let them take him, quoting the Koran about Christians living among Muslims.

The monks go back to their chanting… “nothing exists except this place, this place of ruined hope.” 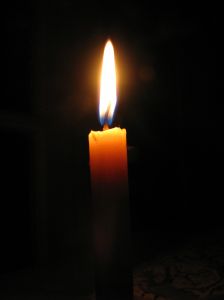 The monks are on the verge of leaving, and talk with the villagers. In a compelling scene that erases the division between Christian and Muslim in the face of shared fear, one of the monks says, “we’re like birds on a branch; we don’t know if we’ll leave.”

A Muslim woman in hijab responds, “We’re the birds, you’re the branch. If you leave, we’ll lose our footing.” The monks decide to stay, and their fate is sealed.

Like anyone who is not confronted with the physical manifestations of evil, I don’t know what I’d do as a villager in such a situation. I wouldn’t live in a monastery however, except as a place of refuge. But evil does not just have jihadist manifestations. As we know all too well but admit all too rarely, evil can and does erupt in America at any time.

As an Algerian political figure makes clear in talking with the monks, their situation cannot be divorced from the French history of oppression and exploitation in Algeria. At the same time, Islamic terrorists, despite or because of their insane shouts of “God is great” as they slaughter people, pose a threat to decent people everywhere.

The point is that in this world we are all, in one way or another, confronted by darkness and evil. We turn the tables on it by first looking at and learning about the flaws, weakness and dark matter within ourselves, which provide the only material evil can hook into.

When we are truly learning about the darkness within ourselves, evil has nothing it can attach itself to. Then we will see how to deal with those who persist in acting out of it, wherever we live.