Weird World News – How would you like a cow to plop right into your living room? 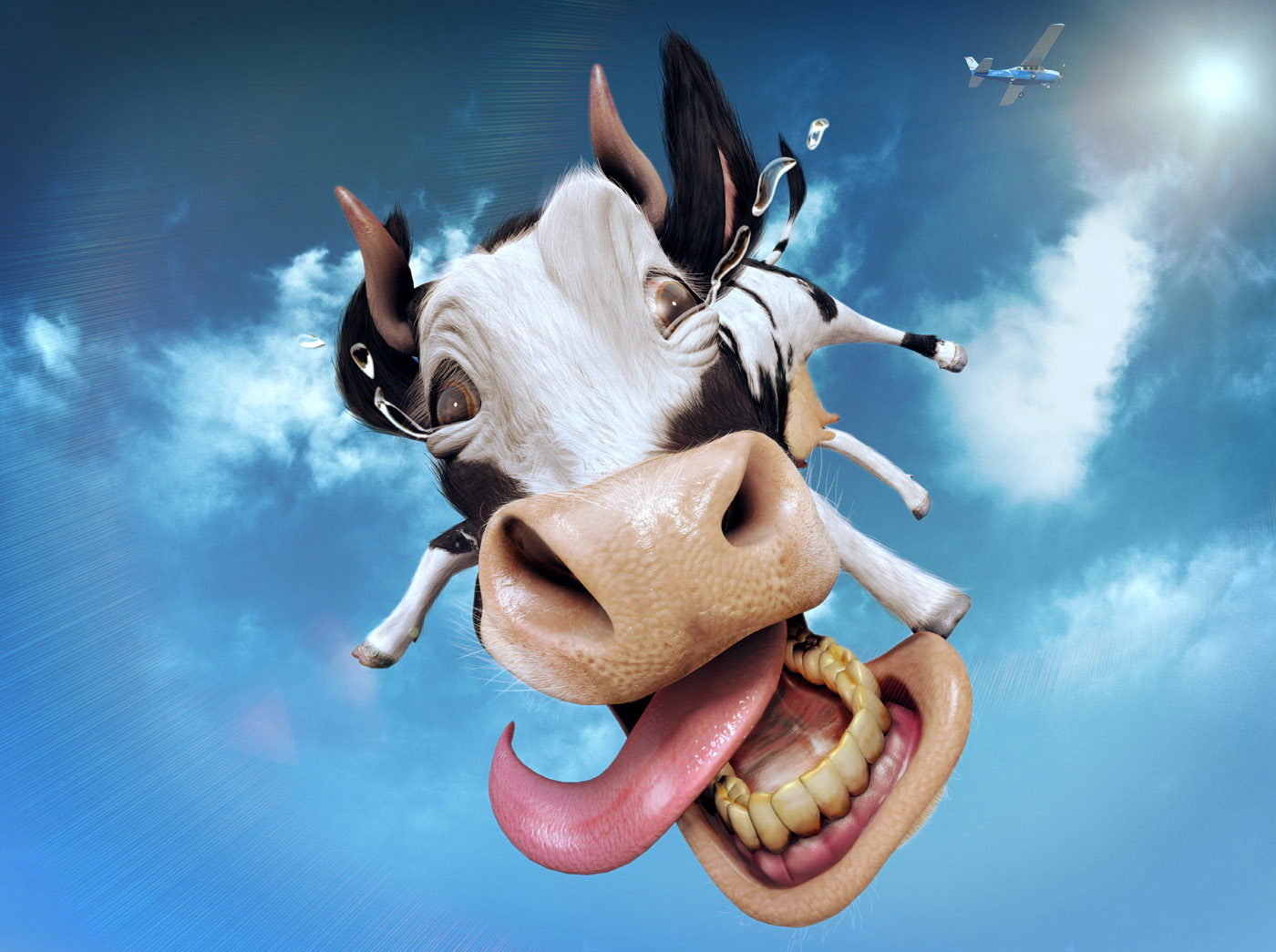 They say pigs could fly — but this cow really did.

A bovine stunned villagers when it plummeted from the sky and damaged a house.

Residents of Waldfischbach-Burgalben in southwestern Germany heard a loud bang before the animal made its surprise appearance.

“A couple found the cow laying on her back in the garden,” local police spokesman Michael Koehler told NBC News.

He added that after “a short spell of dizziness,” the bovine was able to get back up and suffered only minor injuries.

According to local police, the cow plunged off a 10-feet high cliff and damaged the house’s roof gutter on Saturday.

A police investigation determined that the animal was a runaway from a herd located more than 4 miles away in Hermersberg. It had vanished about two days earlier.