Costa Rica News – The Craft Beer Industry is growing throughout the world.  It makes up about 15% of the volume of beer brewed and around 17% of the volume if based in dollars.  Many people are looking to have a new and unique flavor when going out to have a pint of beer. With as many drinkers as there are in Costa Rica this is a great industry in which to get involved. 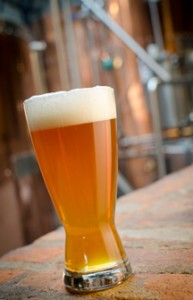 that uphill climb, either that or they have not though that far ahead.

They will have to import the raw material (hops, yeast and barley), overcome cumbersome paperwork to register and also educate an audience accustomed to commercial but after all of that could become profitable since pints of craft brew sell for almost double normal draft beer.

When it comes to craft brewing there are some aspects that these Costa Rican companies will need to address when getting their business moving:

Right now in Costa Rica there are only 3 current craft breweries.  Costa Rica Craft Brewing has been operating since 2012 out of Cartago.  Restaurant-breweries Volcano Brewing (Arenal) and Bribri Springs (Caribbean) can only sell at their headquarters.

Treintaycinco, Calle Cimarrona, PerroVida, Pezuña negra y Perra Hermosa are on the verge of getting their paperwork pushed through to start business soon.

Treintaycinco (Escazu), which plans to start with 4000 liters per month and Calle Cimarron  (The Yoses) plans to start production with 600-800 liters.

Customers must appreciate quality and taste, and be willing to pay between ¢ 2,000 and ¢ 3,000 per unit (double or triple the cost of a beer commercial)