Costa Rica News – Glad to see the Costa Rican has its priorities straight when it comes to enforcing laws in the country.  Karina Bolaños fired for doing a video in her undies and 12 days in jail for stealing 10 cans of Tuna. However, misappropriation of funds on government projects and shark finning a slap on the wrist.  Upholding laws and penalties need to be kept consistent all the time. 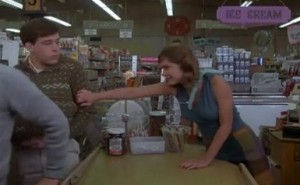 The sentence handed down on the 6th of August from a Court in San Jose against a subject of surnames Guadamuz Muñoz, for the crime of simple theft and only three days after the events occurred.

The Press Office of the Court said that this was the first judgment delivered by the Court of Flagrancias, which is a section attached to the Criminal Court of San Jose and started operating on August 01 this year. So in order for the juge to show his power he handed down a completely ridiculous sentence.

The event occurred on August 3, at 9:05 am at a supermarket located in Cuesta de Moras, San Jose, when the accused approached a shelf, took ten cans of tuna valued at the sum total ¢ 11,300 and placed inside his shirt. Then crossed the cashier and before reaching the main exit of the supermarket, was arrested by an employee who had observed the theft of tuna. Just picturing this in my head is making me laugh.

According to the indictment prosecutors, the accused delivered nine cans of tuna that was inside of his shirt but then he was found in a can over his clothes, by an official security forces.

In its judgment, the Court granted the defendant the benefit of the execution of sentence for a period of three years, a period shall not commit any crime. If you breach this measure must deduct the 12 days in jail and all that sanction imposed by another court.

Also, the judges awarded within 15 days after the judgment becomes final to pay ¢ 12,000. In case of breaching this provision shall be liable to another prison, the Court determined.

This judgment was upheld on 18 September reported the press office of the Court.

As for the benefit of execution of sentence is laid down in Article 59 of the Penal Code. The requirements to apply is that the beneficiary is primary, meaning that any trial record and that the sentence not exceeding three years.

Demonstrations Against the Government on Costa Rica Independence Day

Ja Ja Ja !! What a joke. I suppose he was able to keep the tuna. Now IF that was the judges store I sure things would be different. Karina still my hero showing what Ticas ARE ALL ABOUT. aND THE COURT SYSTEM GOT EVERYTHING A**BACKWARDS.