Costa Rica News – Welcome to Costa Rica, a great place to live if you do not mind nothing ever getting accomplished in a reasonable amount of time.  Need a divorce, wait for 3 years…..Need residency, go through a process that takes years unless you have money…..Abuse a child……your trial will last 4 years…..the list goes on and on. But everyone taking their time can say “why not”, the government does the same thing. 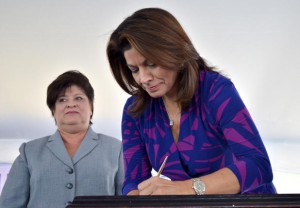 Neither the strength of the first year in power, when the executive was backed by the Libertarian Movement, nor the second, when the failed Parliamentary Alliance was formed by Costa Rica, was Congress was able to improve the records of key legislation. By contrast, the worst of the last five administrations.

Although most laws were passed, the really important legislation remains in limbo.

The figure is a record for the worst performance in the last 20 years, on average, of the legislative to pass laws in the first two years of government, from the State of the Nation program that keeps record of this data.

“The Chinchilla administration, which has just 29 months of beginning, began to adopt an agenda inherited. The government failed to make many of their priorities, “said the study coordinator, Jorge Vargas Cullell.

The data is attached to the bad image of Congress. 80% of Costa Ricans do not believe that legislative factions are doing things right.