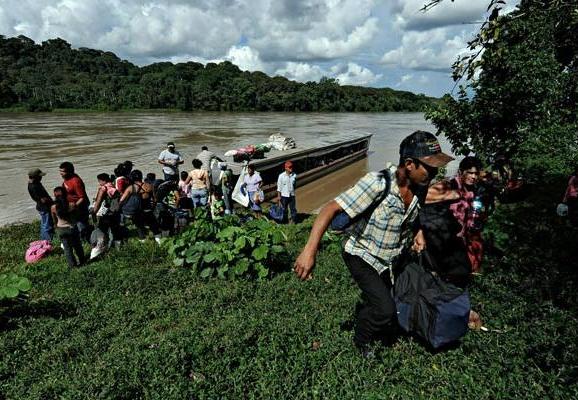 “Given the seriousness of the charge that Nicaraguan public officials take money in exchange for permitting illegal, dangerous immigration into Costa Rican territory, my government calls Nicaragua’s attention to this situation so that these incidents will be investigated,” Costa Rican Foreign Minister Manuel Gonzalez said in a letter to which Efe had access.

This occurred after Costa Rica’s television network Repretel showed images of a suspected payoff being made by Nicaraguan immigrants to soldiers for helping them cross illegally into Costa Rican territory.

On July 28, Gonzalez sent the letter to his Nicaraguan counterpart, Samuel Santos, in which he also asked that these transgressions by punished to the full extent of the law.

“Upon proving that, in effect, such conduct did take place, Costa Rica hopes that Nicaragua will act according to its laws, and take the necessary measures to avoid facilitating illegal migrant traffic into Costa Rica. By the same token, if such traffic has been facilitated by Nicaraguan officials, let this conduct be punished to the full extent of the law,” the message said.

Minister Gonzalez also said in the letter that Costa Rica “is a caring country that has welcomed thousands of people who have found opportunities and hope…for which reason it regrets that unscrupulous people try to make money with the illegal activity of international migrant trafficking. EFE