In the first quarter of this year’s tourism revenue totaled $ 809 million, this is the highest amount recorded in a single quarter in the last 13 years, and it was 13% higher than the same period of 2011. 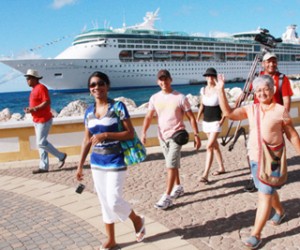 Income from foreign direct investment, meanwhile, reached $ 504 million, 6% less than the same period of 2011 and is showing a slowing trend.

The data come from the results of the quarterly balance of payments published by the Central Bank, which contains information on inflows and outflows of foreign exchange.

In this scale tourism revenues are recorded under “travel” from the credit, in which resources are accounted for entering the country for the goods and services that travelers buy here, staying at a shorter period than one year.

William Rodriguez, a spokesman for the National Chamber of Tourism, attributed the increase to three factors: the increase in tourist arrivals from the United States, increases in flights to the airport in Liberia, Guanacaste, and efforts to promote country of Costa Rican Institute of Tourism and the Chamber.

“The (reason) that I think are most important promotional efforts, different, new to be done,” Rodriguez said.That change was to use more electronic media.

Foreign direct investment includes new businesses coming into the country, expanding operations of foreign companies already operating on their soil, or purchases of companies or local properties, among others.

Gabriela Llobet, executive director of the Coalition of Development Initiatives (Cinde), responsible for attracting direct investment to the country, explained that the income does not have a cyclical behavior.

“The behavior in foreign direct investment flows will not necessarily be the same in different times of the year (ie, not necessarily cyclic), hence comparisons often in times as these, may show minimal decreases or differences” he said.

He added that maintain the target set for this year, receive about $ 2,250 million.