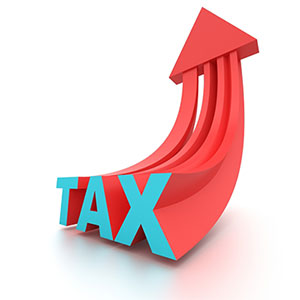 “I don’t see why we could not get this approved, but it is also a matter of realism that we may not get it,” Solis said in an interview in South Korea, where his government is negotiating a free-trade deal. “If it doesn’t happen, we are going to be in big trouble.”

The Solis government wants to turn the sales tax into a value-added-tax and raise the rate to 15% from 13% to help narrow a fiscal deficit that is running at about 6 percent of gross domestic product, Solis said. Moody’s Investors Service already has the Central American nation’s Ba1 rating on a negative outlook and any reduction would push it below Guatemala, a country with one third the income per capita.

It’s not just Moody’s that is concerned. Fitch Inc. said in September that “relatively high deficits in Costa Rica and El Salvador” had led “to an increasing debt burden over the last decade.”

Legislators need to debate and vote on the tax bill before campaigning gets underway for the February 2018 presidential elections, Solis said.

To speed the process, the government recently presented a bill to congress to slow public wage growth, a condition that opposition lawmakers had called for before discussing new taxes. “Tensions are high” over the wage bill, Solis said, urging lawmakers and labor unions to start a dialogue, something that “has not happened yet.”

The government needs to raise taxes after efforts to cut spending and crack down on fraud to boost revenues ran their course, Solis said. “If we keep cutting, it will be detrimental to Costa Rica’s well-being,” he said.

Original article was published at Bloomberg.com