Costa Rica News – This is surprising to me considering it seems that every woman I have met in Costa Rica over the age of 24 seems to have a child.  For someone that is trying to find a woman near my age without a child is like trying to find the mythical unicorn. 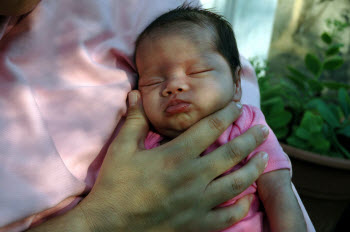 Costa Rica showed in 2013 the lowest fertility rate in its history, with an average of 1.76 children for each woman, while infant mortality remained at a low level, the National Institute of Statistics and Census, or INEC, said Tuesday.

“The data show that fertility continues to decline,” which, “added to the stability of mortality rates, indicates a gradual aging of the Costa Rican population,” INEC said in a statement.

The fertility rate has dropped over the past decade, since in 2003 there was an average of 2.12 children per woman.

Nearly 75 percent of these deaths occurred in the first 28 days after the babies were born. Besides premature babies, most of the victims suffered from neonatal respiratory distress syndrome or from congenital malformations, INEC said. EFE