Costa Rica News – Costa Rica has been ranked as 34th in the world on how effectively children can use the courts to defend their rights according to new research from Child Rights International Network (CRIN). 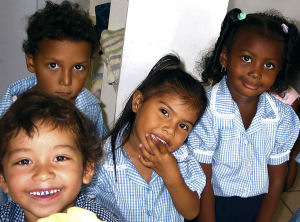 The new report, ‘Rights, Remedies and Representation’, takes into account whether children can bring lawsuits when their rights are violated, the legal resources available to them, the practical considerations for taking legal action and whether international law on children’s rights is applied in national courts.

Costa Rica ratified the UN Convention on the Rights of the Child (CRC) in 1990, and national courts regularly refer to it. Children can actively participate in trials in which they are involved and are entitled to free legal representation. If a conflict of interests arises between the child and their parents, an ad hoc representative is appointed by the judge.

NGOs can intervene in cases to support children. Costa Rica is a member of the Inter-American Court of Human Rights and has ratified the Third Optional Protocol to the CRC, which allows children to make complaints to the UN’s Committee on the Rights of the Child.

Director of CRIN, Veronica Yates, said: “While the report highlights many examples of systems poorly suited to protecting children’s rights there are also plenty of people using the courts to effectively advance children’s rights.

“Our ranking represents how well States allow children access to justice rather than how well their rights are enshrined. However, it is hard to ignore how many countries with deplorable human rights records are on the lower end of the ranking for children’s access to justice.”

In the foreword of the report the chairperson of the UN Committee on the Rights of the Child Benyam Dawit Mezmur said: “The Committee welcomes this research and already envisages its concrete contribution to its various engagements with State Parties.

“Child rights standards in international instruments do not mean much for the lived reality of children if they are not implemented. In particular, if the fundamental rights of children are violated, it is critical that children or those acting on their behalf have the recourse, both in law and in practice, to obtain a remedy to cease, prohibit and/or compensate for the violation.

“I hope this study is only the beginning of a new shift in making access to justice for children a priority that will enable other rights to be fulfilled.”

Child Rights International Network (CRIN) is a global research, policy and advocacy organisation. Our work is grounded in the United Nations Convention on the Rights of the Child. Our goal is a world where children’s rights are recognised, respected and enforced, and where every rights violation has a remedy. www.crin.org

Our work is based on five core values:

– We believe in rights, not charity
– We are stronger when we work together
– Information is power and it should be free and accessible
– Societies, organisations and institutions should be open, transparent and accountable
– We believe in promoting children’s rights, not ourselves.

10 Things You Should do in San Jose, Costa Rica

The “Miracle of Sentience?”