Costa Rica News – What happens when a prison inmate gets sick? The idea hadn’t crossed my mind before but it turns out there are some who are repeat patients of the same emergency rooms that the rest of the population use. 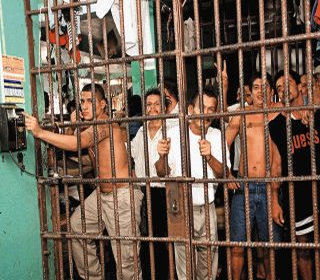 Two inmates repeatedly injure themselves in order to be taken to the Emergency Room as a way to leave the prison or a way to get drugs. There are doctors at the prisons or on call but usually only until 4 pm. Many local clinics stay open until 10 pm but after hours the emergency room is the only option.

2,500 inmates are brought to the hospital per month. The hospitals are unable to deny care. Some have special procedures for how to handle these cases but in others the inmates are waiting along with the other patients but often handcuffed and always with at least two guards, something that tends to scare the other waiting patients.

Even if the inmate has a simple flu or superficial self inflicted injuries he or she is usually given priority for security reasons. On October 4th a prisoner Marco Antonio Zamora was accompanied to the hospital by dozens of heavily armed police.