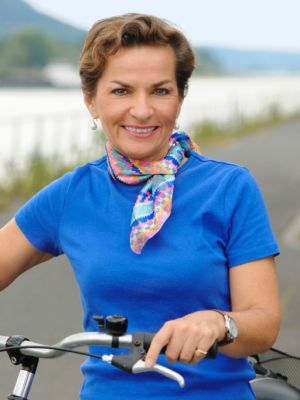 In an official ceremony held at the National Theatre, President Luis Guillermo Solis praised Figueres’ professional and personal qualities and called her an ideal candidate to lead the United Nations.

For the past six years, the 59-year-old Costa Rican diplomat has served as executive secretary of the U.N. Framework Convention on Climate Change.

Observers gave a lot of credit to Figueres for the global accord on climate change that emerged from last year’s U.N. conference in Paris.

Figueres, who would be the first woman secretary-general, pointed to the climate pact as an “example of successful multilateralism” and expressed hope that the process leading to agreement in Paris would become a model for tackling global problems.

“From Costa Rica, we issue an invitation to the world: citizens and nations united, under the blue flag of the United Nations, if we work together with intensity and optimism we can give back to humanity the hope of reaping more freedom, development, solidarity, justice, but above all, more peace,” she said.

Costa Rica Bachelor Party Romance; How to Get Married in Costa Rica