Costa Rica News – Well for all of those Costa Rica women that think dressing up in spandex for Cacique, or handing out balloons in tight fitting outfits for local Costa Rican stores, getting pictures taken for the website for the bar you work at, or having your boyfriend or someone else take pictures of you in lingerie and putting them on facebook  is being a professional model, I hate to burst you bubble but it is not.  I am not saying that it is not a good way to make money, all I am saying is that on your facebook or myspace page you should not put model as your job.  Strive for more out of your life and do not put all your eggs into the dream of being a professional model. There are more important things than looks and your appearance always disappears. 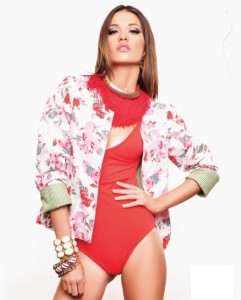 The Costa Rican model Krystal McPhail is a living example of a professional Costa Rican model. At age 20, she has signed a contract with Elite Model a recognized international agency, which has promoted well known models like Claudia Schiffer and Naomi Campbell.

John Bilbao, Latin America director of that agency, saw her during the contest Elite Model Search Costa Rica, her passport was stamped to form the group of models that are promoted worldwide.

After signing this agreement,  McPhail’s portfolio will be included in the 33 agencies throughout the world. In addition, more than 300 agents promote Elite Model’s work.

“It was very overwhelming to take this step. Although Costa Rica is a very small market, you could have the opportunity to work around the world, “he told her.

Krystal McPhail is part of the IT Models agency, created in Costa Rica late last year and is led by Alex Quiros.

According to the director this is the first step that the agency in the promotion of talent in modeling that exists in the country.

In order to get fresh faces for Elite, the agency has acquired the license for the Elite Model Search contest for Central America.

Costa Ricans Think Reading is Important But Do It Very Little